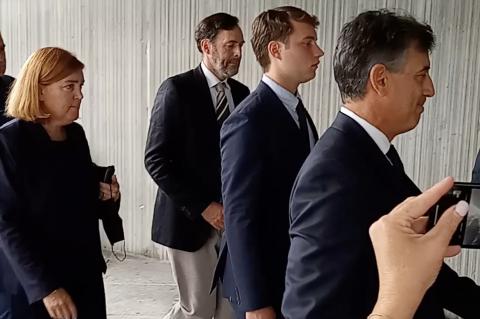 Daniel Campbell, the 20-year-old driver in an August 2021 hit-and-run in Amagansett that claimed the life of 18-year-old Devesh Samtani, "will not be sentenced on Thursday," Tania Lopez, a Suffolk County district attorney spokeswoman, said. The Samtani family, frustrated that the judge had said Mr. Campbell would get no jail time, has hired a high-profile defense lawyer to plead their case that he should in fact spend some time in prison for his actions. 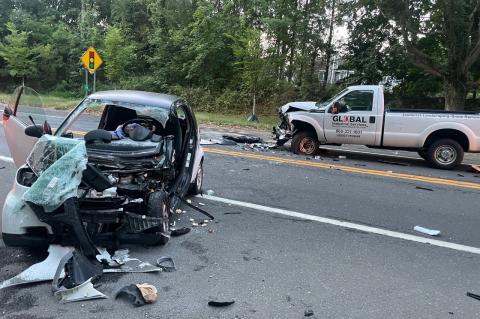 An East Meadow woman whose 2004 Jeep Grand Cherokee was stopped on Sept. 7 near CVS on Pantigo Road in East Hampton Village for lacking tail lamps and brake lights was later charged with two misdemeanors for driving without a license.

“Todd” was the only identity a man would give when police found him sleeping in the doorway of Stella and Ruby, a children’s clothing store on Main Street in Sag Harbor, last Thursday night. Todd, who said he had come from the city to look for work, was told he couldn’t sleep in the street.

Seven men, all of them in their 30s or 40s, were charged last week with drunken driving. One allegedly damaged several pieces of property before being arrested. 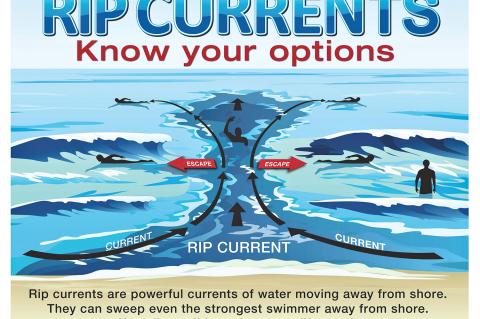 At Unguarded Beaches Be Alert for Rip Currents
By
Christopher Gangemi

This is the last weekend of the year that East Hampton Town beaches will have lifeguards. Lifeguards will protect East Hampton Village beaches during weekends until Columbus Day, Oct. 10. 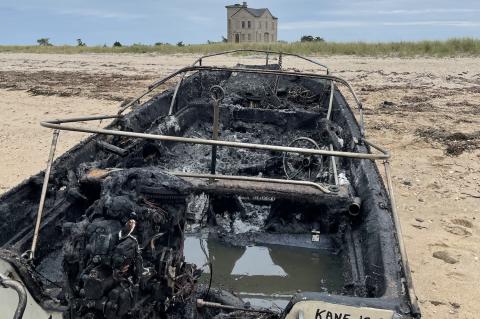 A 17-foot Boston Whaler caught fire just off the Cedar Island lighthouse by Cedar Point at around 11 a.m. on Sunday, causing its sole occupant, Larry Kane of East Hampton, to dive off approximately 150 feet from the shore. Seconds after he jumped off, he said, the boat was engulfed in flames.

Driving in the center turning lane, avoiding a deer and striking a guardrail, failing to maintain a lane, and a traffic accident led to driving while intoxicated charges for four people recently.

A Florida man was charged on the evening of Aug. 28 with third-degree criminal mischief after he allegedly punched out a port-side window of a boat at the Viking Fleet dock on West Lake Drive in Montauk. 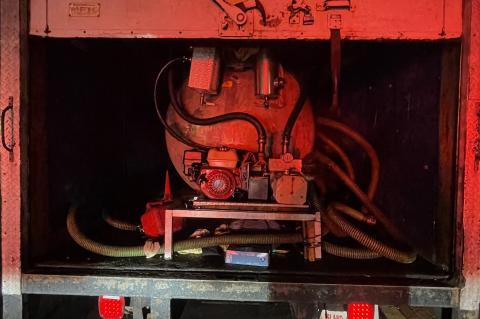 Is Used Cooking Oil the 'New Copper'?
By
Tom Gogola

Blue-claw crabs, copper catalytic converters, and . . . used cooking oil? Opportunistic thieves have gotten creative in their pursuit of ill-gotten gains in these inflationary times, but used cooking oil does not immediately spring to mind as a high-ticket product worthy of theft. It is a big problem on Long Island and one that visited the East End in recent weeks in a crime wave that hit numerous local and regional restaurants, including Harvest on Fort Pond in Montauk and the Lobster Roll on Napeague.

A complaint about “a structure constructed out of trash” brought police to a beach between Big Albert’s Landing and the pier at the Bell Estate on Aug. 26, where they found a small structure made from driftwood, painted in different colors.