On the Police Logs
By
Bella Lewis

Highlights of a quiet week included a report of "a dog appearing to be a pit bull" wandering on Newtown Lane without an owner at 9 p.m. on May 17. Police did not find it.

Stephanie McNamara Bitis, a former general manager of Long Island Radio Broadcasting, admitted in November to using a company credit card for more than 600 personal expenses, but it wasn't until last week that her attorney and the assistant United States attorney prosecuting the case agreed on the exact dollar figure involved.

"Three images of the male genitalia were spray-painted on either end of the fence" at 7 North Main Street on May 10, East Hampton Village police reported.

After receiving a complaint last Thursday night concerning a sexual relationship between a 26-year-old man and a minor under the age of 17, East Hampton Town police arrested Byron Torres of Daniel's Hole Road in Wainscott on charges of statutory rape. Contact between the two, police said, was from around Feb. 1 to April 30.

May 20, 2021
Jogger Injured in Accident
By
Bella Lewis

East Hampton Town Police reported that on the evening of May 12, Hai Cao of Amagansett did not see a jogger as he turned left in his 2015 Toyota from Cedar Street onto Osborne Lane in East Hampton. Mr. Cao reportedly said to police that his view was limited and by the time he saw the jogger, Tint Juri of East Hampton, crossing from one side of Osborne Lane to the other, he could not avoid hitting him.

Police this week charged two people with driving while intoxicated and booked seven others on traffic and trespassing misdemeanors. 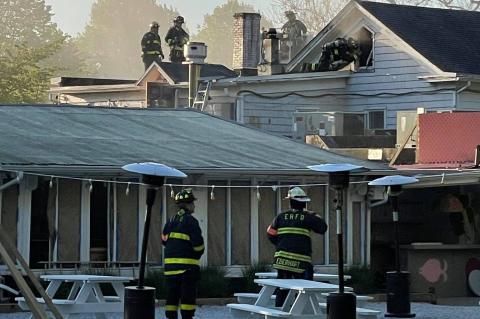 "We're grateful that the small fire at the restaurant last week caused only minimal damage and everyone is safe, thanks to our local firefighters who acted quickly," a spokesperson for the restaurant said yesterday. "We're working closely with the Town of East Hampton . . . to reopen better than ever by Memorial Day weekend. We'll know the exact date shortly of our reopening next week, and will share on @mobysny once we're able to confirm." 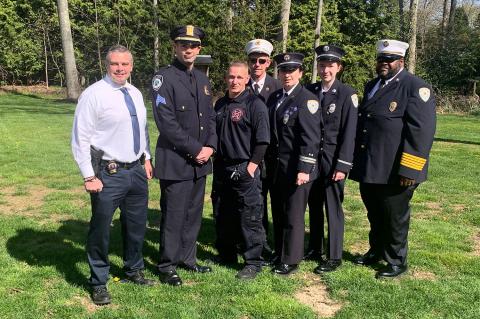 When a woman was dropped off unresponsive in the foyer of East Hampton Town police headquarters in Wainscott in February of last year, "that was my first experience of something like that," said Detective Michael Coleman, one of the officers who rushed to the front of the building.

The second jetty at Georgica Beach was slippery on Friday morning, to which the man who fell and pulled a muscle in his right quad might attest. He called in to ask for help getting off the beach, “so he could get medical attention on his own,” police said.

David Wisner, the low-flying pilot who was charged with second-degree reckless endangerment after buzzing Sag Harbor at around 5:30 p.m. on April 13 and, minutes before that, areas of Springs, was arraigned on May 7 in Sag Harbor Village Justice Court for the alleged misdemeanor. Mr. Wisner's 90-day ban from East Hampton Airport is ongoing. Court conferences begin on July 2; meanwhile, the Federal Aviation Administration is still investigating the incident.

The sentencing of a former Long Island Radio Broadcasting executive for credit card fraud has been postponed while the defense and prosecution dispute the amount of money involved in the crime.

With the onset of warmer weather, once again comes news of rental scams on the South Fork. One was reported in Montauk this week.