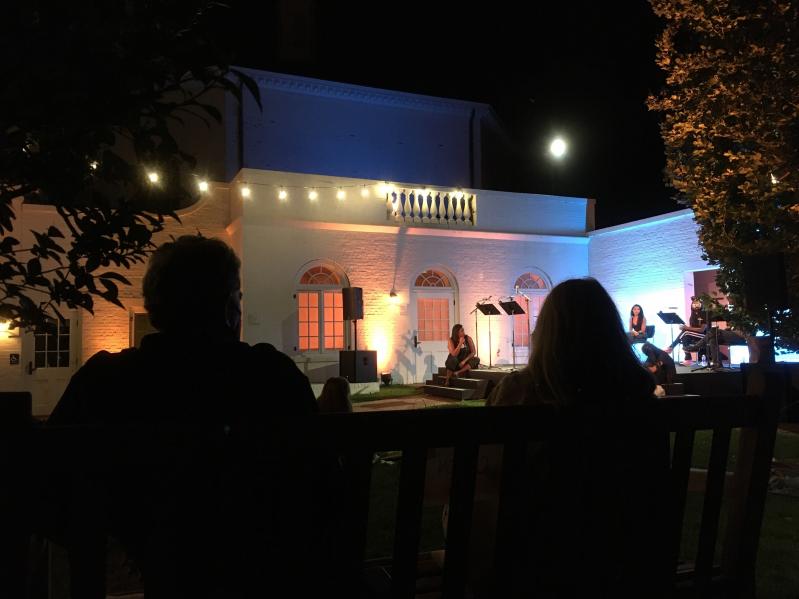 The East End is full of energetic arts programmers, and that has not changed during this time of virtual experiences of our favorite venues and institutions. This is a regularly updated calendar listing of daily virtual art and cultural events hosted by local organizations. These listings are in addition to the organizations' standing and archived activities and events not scheduled for a specific time. Many of the live events will be archived for on-demand viewing after their premieres. Unless otherwise noted, all events are free. Send event announcements to [email protected].

BAY STREET THEATER
Acting for the Camera
Don Stephenson, an actor and director, will lead a 12-session online workshop for teenagers and adults in acting for the camera on Tuesdays and Thursdays from 6 to 7:30 p.m. through March 4. The cost is $300, with registration through the theater's website.

BAY STREET THEATER
Scenes and Monologues From Shakespeare
Allen O'Reilly, an actor and Bay Street's education director, will conduct an eight-session online intensive rehearsal of Shakespearean scenes and monologues on Wednesdays from 7 to 9 p.m. through March 17. The cost is $200 for adults and teenagers 13 and up, and registration is via the theater's website.

ARTS CENTER AT DUCK CREEK
Jazz From Brooklyn
Live-streamed at 7:30 p.m. from Bar Bayeux in Brooklyn, a concert by the saxophonist George Garzone.

WATERMILL CENTER
Viewpoints Lecture Series
Watermill alumni and multidisciplinary artists Ximena Garnica and Shige Moriya will share their reflections on “the power of rising” as approached in their collaborative artistic practice. The program is set for 5:30 p.m., and registration is via eventbrite.com.

SOUTHAMPTON HISTORY MUSEUM
High Style in the Gilded Age
The 10th lecture on women of the Gilded Age in Southampton, set for 11 a.m. via Zoom, will focus on Grace Clarke Newton, the daughter of a prominent New York art collector, whose romantic, poetic nature set her apart from other children of privilege.

BAY STREET THEATER
All-Star Stand-Up Comedy
Joseph Vecsey returns to the comedy showcase he founded in 2010 with comics Chris Clarke, Brendan Sagalow, and Aiko Tanaka. Tickets for the 8 p.m. show at $20 and can be purchased on the theater's website.

EAST HAMPTON HISTORICAL SOCIETY
Winter Lecture Series Goes Virtual
The series will launch with "I Remember When: John Howard Payne's Memories of Old East Hampton and His Life, a talk by Hugh King and Kenneth Cullom. It will happen at 7 p.m. via Zoom.

PERLMAN MUSIC PROGRAM
Virtual Concert Series
The Virtual Works in Progress series, presented with the Neue Galerie, will feature performances by students and alumni of the program. Access is through its website.

GUILD HALL
Celebrating Diversity
"Gather," a series of Zoom conversations led by Black and indigenous leaders in Suffolk County, will take place at 7 p.m. with "The Art of Water," a talk led by Courtney M. Leonard, an artist, filmmaker, and member of the Shinnecock Indian Nation.

ROGERS MEMORIAL LIBRARY
Opera in Popular Culture
Tanisha Mitchell, a music librarian, curator, and archivist, will discuss how opera is used in popular culture, specifically movies and commercials, at 5:30 p.m. via Zoom.

ROGERS MEMORIAL LIBRARY
Modern Architecture in the Hamptons
Timothy Godbold, an interior designer, will talk at 11 a.m. via Zoom about the 1970s and 1980s, when visionary modern architecture by architects such as Norman Jaffe and Charles Gwathmey came to the Hamptons.