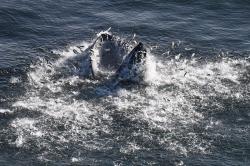 The dead adult humpback whale towed to the Montauk ocean beach last week is just one of several humpbacks that we have been reading about this year in the local newspapers. There have been many sightings offshore and even in Great South Bay and other estuarine water bodies. 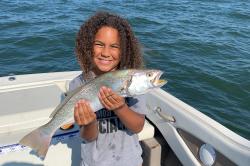 Chumming on the High Seas
By
Jon M. Diat

On the drive east to Montauk early Friday morning, pale pink hues of the developing sunrise could be seen over the sand dunes alongside the Napeague stretch. Would the fish be on the chew? Only time would tell. 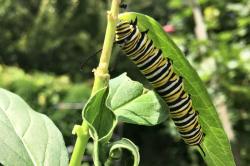 It was so hot that nature at night overwhelmed nature during the day. On the evening of July 16, for one example, during Dai Dayton’s full moon walk, the trees and wetlands were alive with the sounds of tree crickets and tree frogs and the air was alive with fireflies. 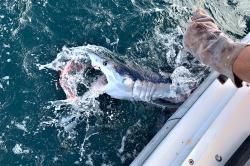 Lobster Boil on the Go
By
Jon M. Diat

Last weekend’s heatwave reminded me why I went to college in Buffalo and not to the palm-fringed campus of the University of Florida. It wasn’t just for the education, but also to enjoy the snow, bitterly cold winds, and to play ice hockey as much as I could. Sounds weird, eh? 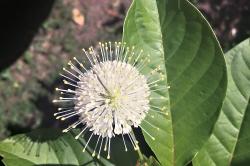 Hot, Hot, Hot! Cars, Cars, Cars! Nothing to do but grin and bear it, and observe nature. 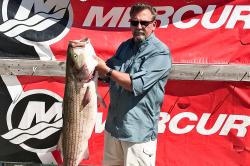 On the Water: Tourney Time Again
By
Jon M. Diat

The calendar reminded me that it was time to get back on the water, grab my rod and reel, and partake of the 19th annual Mercury Grand Slam tournament last weekend out of Montauk. 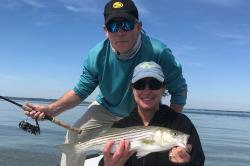 Bedlam on Land and Sea
By
Jon M. Diat

What was I thinking?

This column, penned for so many decades by various writers in this long-established newspaper, has been aptly named “On the Water.” It’s a pretty clear and accurate description of its intended content and hopefully the audience appreciates its narrative for better or worse. 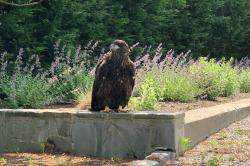 Nature Notes: Birds Have It Right
By
Larry Penny

All of a sudden it’s July and the traffic is more ferocious than ever. One of the silly things I have indulged myself in is counting the vehicles that whiz by my front window on Noyac Road, the second busiest road on the South Fork. I’ve been doing it since the mid-1980s. The protocol I used is the number of vehicles going east and west during two consecutive four-minute periods. I was anxious to see if the AAA’s projection for travel during the holidays of more than 40 million vehicle trippers had any basis in fact. At any rate, on July 3 shortly after 3 p.m., I counted the most vehicles ever. Based on the number going east and west in eight minutes, the projected hourly rate was 1,575 vehicles per hour, the kind of count one might expect for the Long Island Expressway at a point where Suffolk County and Nassau County meet. 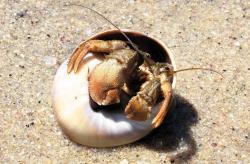 Here it is half the year gone and I understand less about nature while studying it more. Friday evening was the perfect night for studying the flashes of the fireflies. It was calm, only partly cloudy, and gray tree frogs were singing from the wet spots. 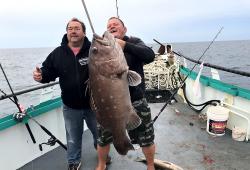 The Fourth of July Blues
By
Jon M. Diat

It’s been an unusual season for the normally reliable bluefish this year. Catches were scarce in many locales the past two months, and the fish showed up only a week or so ago in Noyac Bay. Usually they could be found as early as the first week of May in this area. 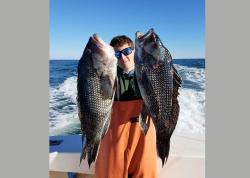