A proposal from AT&T to build a 50-foot-high freestanding bell tower, or “campanile,” to house cellphone antennas at St. Peter’s Chapel on Old Stone Highway in Springs faced fierce opposition from the church’s neighbors during an East Hampton Town Planning Board public hearing on June 3. 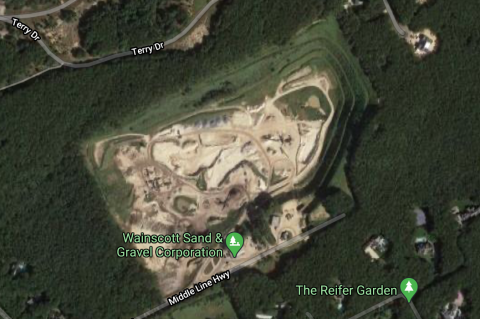 Noyac Mine Gets State Permit, Town Violation
By
Christine Sampson

The Sand Land mine on Middle Line Highway in Noyac is the recipient of an updated permit from the State Department of Environmental Conservation, as well as a brand-new cease-and-desist order from Southampton Town.

"I love this candidate," the actor John Leguizamo said on Sunday. "I feel he's one of the best out there."
Mr. Leguizamo, who bought a house in Amagansett in 2012, was speaking of Perry Gershon, who is vying for the Democratic Party's nomination for a second bid to represent New York's First Congressional District. He spoke during an online fund-raiser for Mr. Gershon, organized and co-hosted by Loida Lewis of East Hampton and Manhattan. 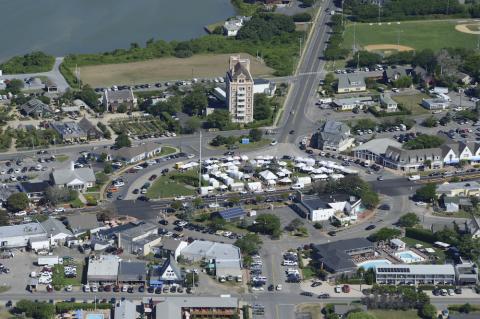 East Hampton Town is considering a plan to temporarily change traffic circulation on several streets in Montauk's downtown and close a segment of Main Street to vehicles one day a week in an effort to create more open space for pedestrians and cyclists and to encourage social distancing.

Southampton Town will reopen its Town Hall on Monday after it was closed for several weeks during the shutdown. The hours will be 10 a.m. to 3 p.m. Monday through Friday. 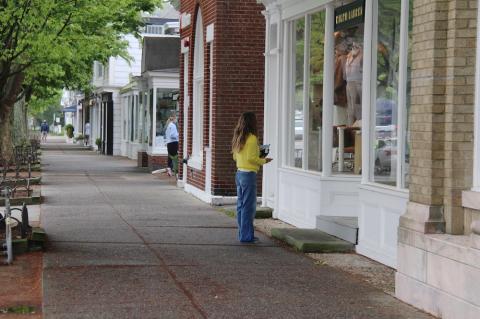 The county had just one death from Covid-19 in the past 24 hours, but the news is less positive on the fiscal front as it anticipates a $590 million deficit this year alone.

A long-running deliberation on revisions to the laws governing how, when, and where musicians can perform is finally headed toward resolution, following a public hearing before the East Hampton Town Board last Thursday.

Gov. Andrew M. Cuomo signed an executive order last week extending the period for paying real estate taxes by 21 days, to June 21. Property owners in Suffolk County and elsewhere will be allowed to delay payment until then without interest or penalties. The move is intended to assist people who have been financially impacted by the Covid-19 pandemic.

Jun 4, 2020
Four Candidates Line Up Against Zeldin, Tying Him Tight to President Trump
By
Christopher Walsh

Four Democrats made a case on Monday for their nomination to challenge Representative Lee Zeldin in New York’s First Congressional District, presenting policy positions that were largely in sync. Again and again, they took the opportunity to tie the incumbent to President Trump.

The campaign of Suffolk County Legislator Bridget Fleming, who is seeking the Democratic Party’s nomination to challenge Representative Lee Zeldin in New York’s First Congressional District in November, has released the results of a poll that put her in a statistical dead heat with Nancy Goroff. 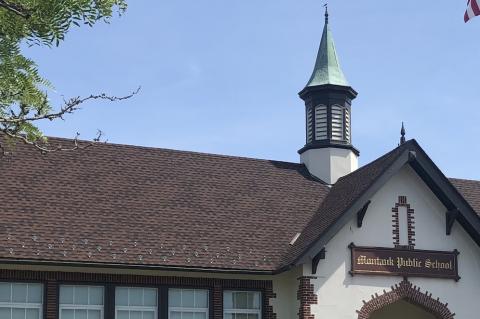 The Montauk School is being considered as a potential location for a Covid-19 testing site that would be fully funded by Stony Brook Southampton Hospital. 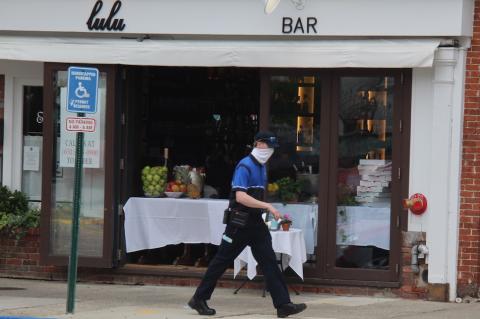 Restaurants can begin offering outdoor dining as part of phase two of the economic reopening, which will begin early next week, and municipalities will be given leeway to approve sidewalk and even street dining in order for businesses to meet state guidelines.