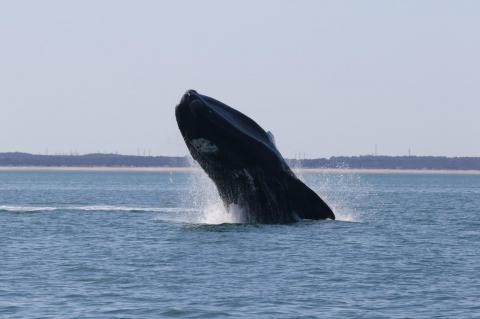 The National Oceanic and Atmospheric Administration's Fisheries division has announced new regulations for the lobster and Jonah crab trap and pot fisheries in the Northeast to help save endangered North Atlantic right whales by reducing their risk of entanglement in fishing gear.

The race to succeed Representative Lee Zeldin in New York's First Congressional District has become a crowded one, with two new Democratic candidates and the first declared Republican to throw his hat into the ring. 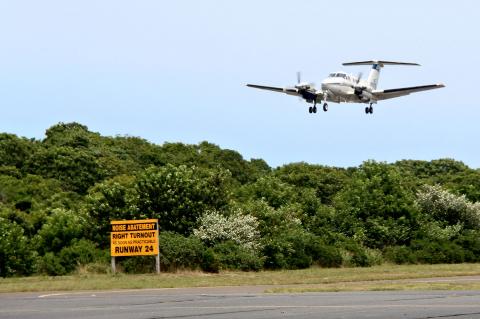 Air traffic at Montauk's single-runway airport, in a worst-case scenario, could rise by as much as 34 percent if East Hampton Airport were closed, consultants told the East Hampton Town Board on Tuesday, but a number of factors, including existing limitations there, make a surge of that scale unlikely.

Sep 9, 2021
A New Enemy of the Airport
By
Christopher Walsh

As debate over the future of East Hampton Airport heats up with the looming expiration of Federal Aviation Administration grant assurances, allowing the town to control its future, a group aiming to see the airport closed announced its formation on Friday.

The first of four public workshops on a re-envisioning of East Hampton Airport will be held tonight at 7. It will be a virtual workshop, held via Zoom video conference, rather than in person at the LTV Media Center in Wainscott, as initially planned. Owing to a significant uptick in the rate of positive Covid-19 tests at the testing sites at the East Hampton Town Hall campus and in Montauk, the town board and other boards and committees have reverted to virtual meetings.

Sep 8, 2021
Plea for a Building Break
By
Irene Silverman

Citing the proliferation in recent years of "extremely large houses" looming over and destroying the privacy of their neighbors, the Amagansett Citizens Advisory Committee asked the East Hampton Town Board at its meeting on Tuesday to strengthen the town code, particularly as to setbacks and the pyramid law, and to impose a moratorium on building permits and on "the many subdivisions that are occurring in all East Hampton hamlets and especially in Amagansett."

After having employees quit because of the high cost of housing, Michael Ruddy, the owner of Ruddy and Sons Masonry in East Hampton, is seeking permission from the town board to build affordable apartments on land next to his business.

The League of Women Voters of the Hamptons, Shelter Island, and the North Fork will host several events between now and the Nov. 2 elections. First up, on Monday at 7 p.m. over Zoom, is "The Electoral College and the National Popular Vote Interstate Compact: What Every Voter Should Know." 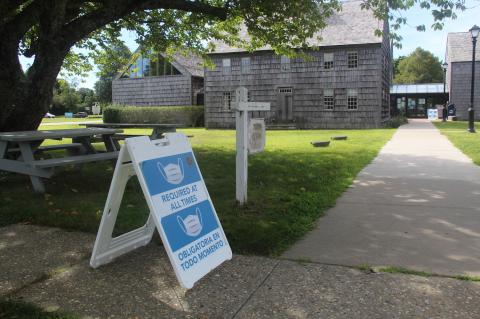 Citing the highly transmissible Delta variant of Covid-19, East Hampton Supervisor Peter Van Scoyoc announced Thursday that the town board will return to virtual meetings as of Tuesday. The variant "is significant within the community at this time. It’s spreading rapidly, and people need to really take this seriously,” he said. 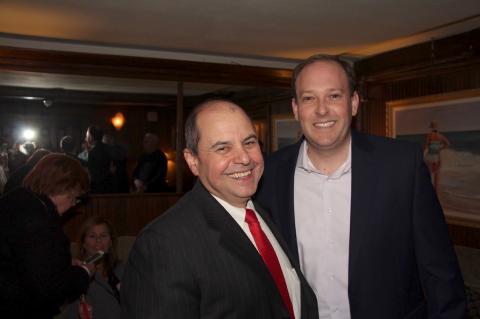 Out of State, They Love Lee Zeldin
By
Michael Cameron

Lee Zeldin, eastern Long Island's four-term representative in Congress, has begun his New York gubernatorial campaign strong, raising over $4 million in all, with over a third of the total coming from out-of-state donors. 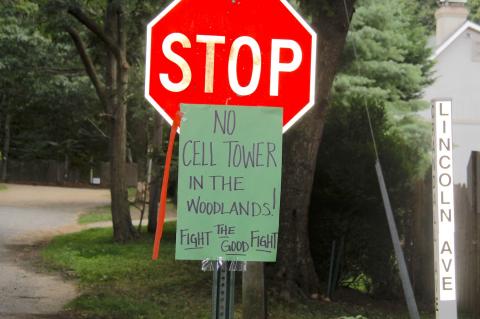 The Springs Fire District has reiterated its offer to the town to install a 100-foot communications tower at the Fort Pond Boulevard firehouse to improve wireless coverage. And a spokeswoman for the Girl Scouts of Nassau County said the company handling a tower application for Camp Blue Bay is negotiating with the town "to increase the size of the tower to provide space for emergency services equipment."