East Hampton Town Supervisor Peter Van Scoyoc has come out in support of state legislation that would pave the way for a dedicated affordable housing fund, according to a statement from Town Hall.

East Hampton Town's first solar-plus-battery storage system is being installed on the roof of the Parks Department building at the Town Hall campus. The 75-kilowatt solar photovoltaic system will generate clean, renewable power and charge a 137-kilowatt-hour battery that will allow the town to sell excess power to the grid when demand and prices are at their peak. 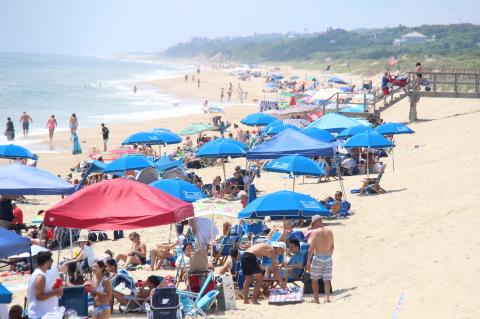 The Army Corps of Engineers has awarded the first contract of the Fire Island to Montauk Point reformulation project (FIMP), to Great Lakes Dredge and Dock Company, for nearly $47.5 million, a milestone toward getting the long-delayed project under way. 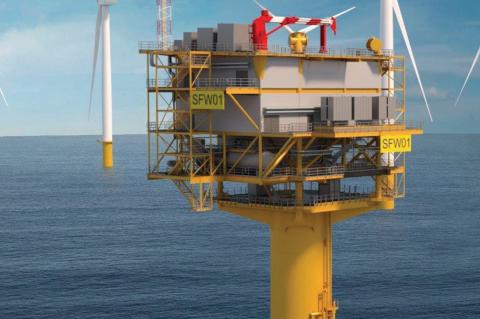 The federal Bureau of Ocean Energy Management has issued a notice of intent for Sunrise Wind, a 924-megawatt wind farm proposed by the developers Orsted and Eversource to be situated in federal waters adjacent to the South Fork Wind farm, which they are also developing. 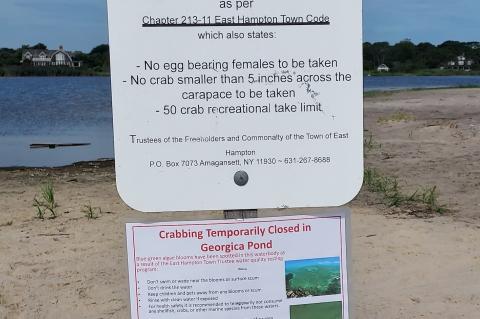 Crabbers in Georgica Undeterred by Pond Closure
By
Christopher Walsh 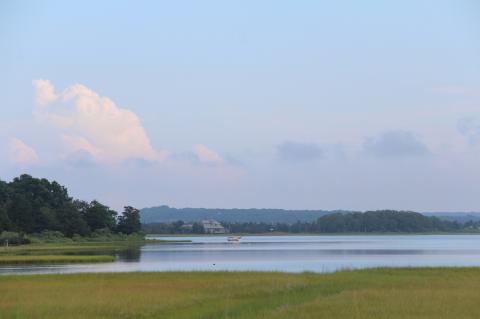 On Oyster Reefs and Possible Balloon Ban
By
Christopher Walsh

The East Hampton Town Trustees on Monday heard from Bob Tymann of South Fork Sea Farmers, which John Dunne, the director of the East Hampton Town Shellfish Hatchery, described as the nonprofit educational arm of the hatchery and the town's community oyster garden program, who proposed an oyster reef in Accabonac Harbor. An effort to establish such a reef, he said, could lead to natural propagation while establishing habitat.

"Kelp, kelp, and more kelp" is how John Dunne, the director of the East Hampton Town Shellfish Hatchery, described a request to the town trustees to allow a pilot project that would see 100-foot lines of kelp grown in both Three Mile and Accabonac Harbors this winter. 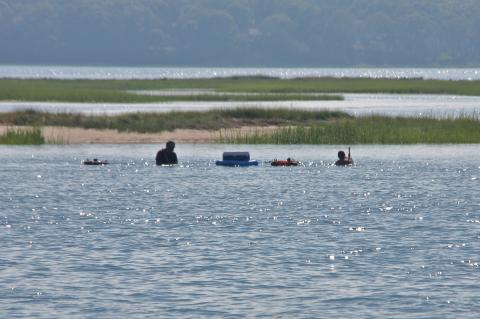 The East Hampton Town Trustees' Largest Clam Contest, a popular annual event that showcases the trustees' role in town government and the bounty of the town's waterways, will be held once again this year, starting at noon on Oct. 3. 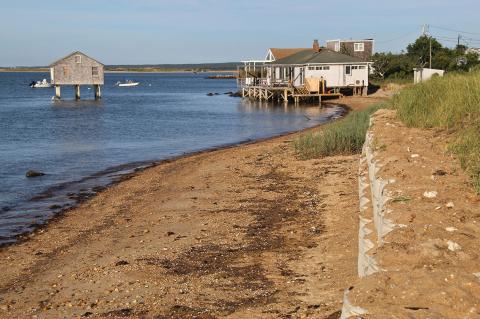 The installation of geotextile bags that are meant to be a short-term measure but have remained long after their permits' expiration is likely to lead to the amendment of East Hampton Town's zoning code with respect to emergency activities permitted under the protection of natural resources. 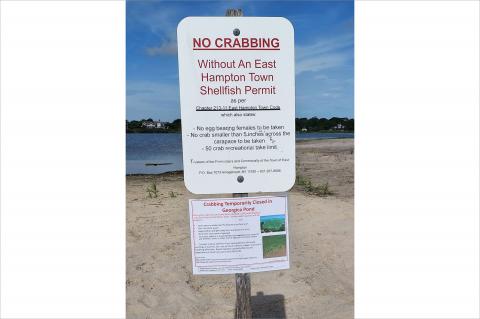 Georgica Pond has been closed to swimming and the taking of crabs, fish, or other marine life owing to a bloom of toxic cyanobacteria, blue-green algae.

Aug 26, 2021
For Mine's Opponents, Another Win
By
Christine Sampson

In the ongoing fight between Sand Land and its opponents over operations at the Noyac mine, a new court decision announced on Monday upholds a previous ruling that voided a permit awarded by the State Department of Environmental Conservation.