Connections: Long Ago, Far Away
By
Helen S. Rattray

I was the age some of my grandchildren are today when “Cover Girl” won the 1944 Academy Award for best music scoring in a musical picture. The film was in Technicolor, which was new and exciting. Given the plethora of distinctions by which Hollywood awards are given out, I suppose it wasn’t surprising that a different film won best musical picture that year and that although the cinematography was nominated for an Academy Award it did not win that one, either. Today, aficionados consider “Cover Girl” one of the most lavish and successful Hollywood musicals ever.

There is something special about splitting wood. You get a likely billet somewhere, stand it on end, and bring a wedge-shaped maul down hard into the end grain. The force pushes the log fibers apart, as a crack hisses away from the impact. One or two more swings, and the log falls in two.

It’s taken a while, 70 or so years, but I’ve finally achieved a version of Nirvana when it comes to tennis, and the answer, the answer for me at any rate, is to play deaf. 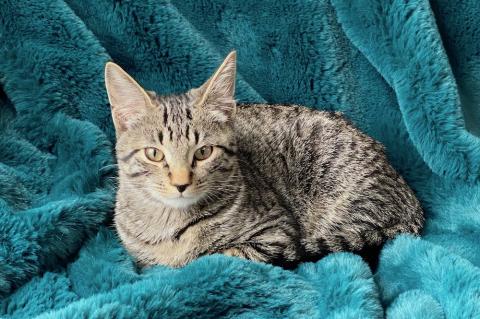 If cultural archetypes were as unkind to men as they are to women, I would be considered a spinster. Unmarried? Check. Getting up there in age? Just turned 55. Cat owner? As of last month, yes!

Feb 13, 2020
Connections: Ghosts of the Machine
By
Helen S. Rattray

I am an old enough fogey that I can remember the days when The Star was printed on an old flatbed press on the ground floor of the office building. Everyone on the staff had to physically drag the 1,700-pound rolls of newsprint out of storage in the family barn, from up the lane behind the office. How archaic those rolls seem today — positively Victorian. But I was there to see it. 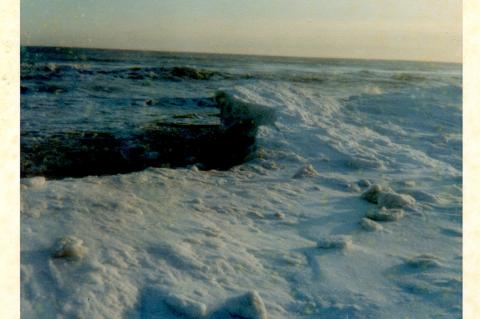 Ken Brown stopped by the office on Monday with an old snapshot that he thought we would like a look at. During the winter of 1966 it was so cold that the edge of the ocean froze. Ken had been going through some old things and found the photograph, taken at East Hampton Main Beach toward low tide late in the day.

I’ve been asked what I would like our daughter to cook for me on the occasion of my fast-approaching birthday, and whether it’s cailles en sarcophage or mac and cheese, it will be wonderful, given the company we’ll keep.

Visiting Quogue recently with friends who had summered there from childhood was eye-opening.

I am of two minds about confessing my near-addiction to the give-away pile next door to the Star office at the East Hampton Library.

“I’m reading about the Puritans now,” I said to Mary, and a shadow passed across her face . . .

Because I’ve been putting my head down lately in a small house at Peconic Landing, the retirement community in Green­port, the concept of “home” has been very much on my mind. If casual acquaintances were to ask, I would still say I live in East Hampton, despite the fact that it takes two ferries across Shelter Island and about an hour to get here from there.

One of the pleasures of a home with older dogs, aside from surprising four-figure veterinary surgery bills, is when they get you up at the oddest hours of the night.