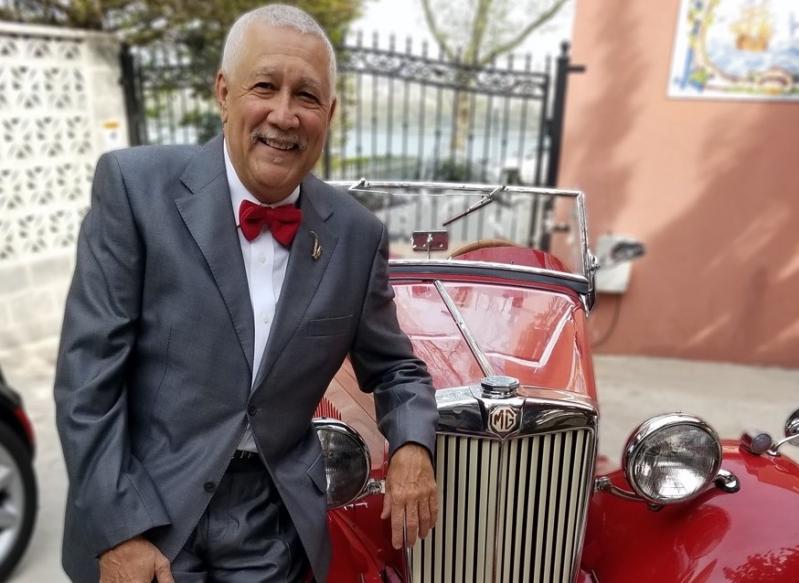 Paquito D'Rivera will perform at the Southampton Arts Center on Saturday.
By Christopher Walsh

The first annual Hamptons Jazz Fest is heating up and gaining momentum, and with midsummer comes its biggest name yet. On Saturday, the Fest lands at the Southampton Arts Center, where the Bill O'Connell Latin Jazz All Stars will perform from 7 to 9 p.m. with their special guest, the multiple Grammy Award-winning saxophonist and clarinetist Paquito D'Rivera.

The Cuban-American Mr. D'Rivera was a member of the Cuban National Symphony Orchestra before co-founding, with Chucho Valdes, Orchestra Cubana de Musica Moderna and the band Irakere. In 1980, while on tour in Spain, he sought asylum at the American Embassy, and came to the United States.

As it happens, the musician recently returned to Spain. "I took my first plane a month ago," Mr. D'Rivera told The Star last week, speaking of the recent resumption of live performance and touring. There, he performed in a tribute to the late Chick Corea. "It was fun to play for an audience again after so long," he said.

"I've known him 30-plus years," Mr. O'Connell, a pianist and primary figure in the Hamptons Jazz Fest, said of Mr. D'Rivera. "We traveled in the same circles in the early days." As a member of the late Latin jazz flautist Dave Valentin's band, Mr. O'Connell, who has a house in Montauk, often shared the bill with Mr. D'Rivera at the Blue Note Jazz Club in Manhattan. "What great times those were," he said. "I played in his band on at least one occasion, and he's also recorded on one of my records, 'Triple Play Plus Three.' "

Mr. O'Connell is "a fantastic piano player," Mr. D'Rivera said. "He's very versatile, he can play anything, and I always credit him with keeping my favorite, Dave Valentin, alive."

With both a classical and jazz background and sensibility, "he's a great player," Mr. O'Connell said of Mr. D'Rivera, "but also, he's not only a great alto sax player but a virtuoso clarinet player. He's got all the Latin roots, he knows jazz, he knows the Cuban music, so he's a master of both art forms. Put it together, and you've got a legendary musician."

Performing with Mr. D'Rivera and Mr. O'Connell will be Lincoln Goines on bass, Robby Ameen on drums, Craig Handy on saxophone, and Andrea Brachfeld on flute.

At 73, Mr. D'Rivera said that music remains as thrilling as it ever was, and still an avenue for discovery. "A great part of jazz music is improvisation," he said. "Sometimes you don't know what is going to happen -- that is part of the fun. The final product, you really never know what it is." He still has stage fright, he said, "but I love it, I love the rollercoaster. Then I do it again and again."

The day before, he said, the Argentine-American composer and conductor Lalo Schifrin, who is 89, had called him, and the musicians discussed Beethoven. With every new performance, Mr. Schifrin told him, he finds something new. "Even music written two centuries ago, there is still something new to find," Mr. D'Rivera said. "It's the same with jazz music."

The festival "is going really well," said Mr. O'Connell. "We're learning as we go, but most events have been really well attended. Hopefully, the best is yet to come."

The concert will be outdoors and is free. Ed German of WLIW radio is the host.