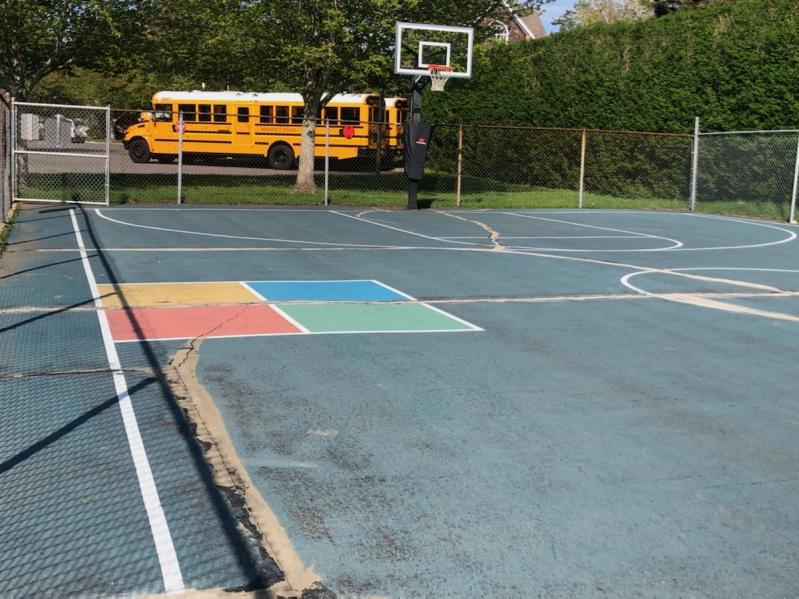 On Tuesday, voters across New York State will head to the polls to weigh in on school district spending plans and propositions and to elect board members. Bridgehampton and Sagaponack seek to override New York State's cap on tax-levy increases, which will require approval of at least 60 percent of district voters. All but one local district, Montauk, are proposing budgets that increase overall spending. Here are the basics in each of the school districts The Star covers.

Proposed budget: $11.9 million
Increase from 2021-21: $534,677
Tax-levy increase: 3.29 percent (meets tax cap)
Additional proposition: Allows Amagansett to spend $150,000 from an existing capital reserve fund for the renovation of the outdoor basketball courts
Additional proposition: Allows Amagansett to establish a new reserve account to save money for technology upgrades and energy-related infrastructure
Amagansett Free Library budget: $1.15 million
Summary: Included in the proposed budget is more money for summer enrichment programs, special education, custodial services, and health insurance for employees. A house with a fair market value of about $1.03 million would see taxes rise by about $51. District officials say that the basketball court proposition would not increase taxes because the money has already been set aside. Seth Turner, the superintendent, recently said that the budget "was developed with the core value of ensuring that each child has their academic and social needs met."
School board candidate (one seat): Dawn Rana-Brophy
Polling hours: 2 to 8 p.m. in the school gym

Proposed budget: $20.66 million
Increase from 2020-21: $1.67 million
Tax levy increase: 8.93 percent (above tax cap)
Summary: Bridgehampton School District officials say increased expenses are largely due to rising costs for special education, utilities and operations for the newly expanded campus, health insurance premiums, retirement benefits, and workers' compensation expenses. Student programs and employee salaries together make up more than 80 percent of the budget proposal. Taxes on a house with a fair market value of $750,000 would increase by about $107 per year. "Since September, we've been going through line by line, revisiting the budget time and time again, to make sure there's nothing in there that is unnecessary," Robert Hauser, the district superintendent, recently said. "It's unfortunate that we're in the situation for the third time, having to pierce the cap. I think it's inevitable for a small district."
School board candidates (three seats): Jo Ann Comfort, Michael C. Gomberg, Angela Chmielewski, Dwight E. Singleton, Ronald J. White (incumbent)
Polling hours: 2 to 8 p.m. in the school gym

Proposed budget: $75.16 million
Increase from 2020-21: $1.28 million
Tax levy increase: 2.87 percent (meets tax cap)
Summary: "Normal fluctuations" is the buzz phrase in East Hampton, whose administrators said that short-term needs were covered by shifting money within different budget areas rather than boosting year-over-year spending even higher. More money is budgeted for the teaching of reading, math, and special education and for mental health services, but less for music and art, English as a new language, science, and social studies. Money to renovate the tennis courts is also included as a capital cost. The budget provides for continued Covid-19 considerations as well. A house with a fair market value of about $1.03 million would see taxes rise by about $80 for the year. "I think it's responsible to the taxpayers in the community and it's responsible to the students that we educate," Adam Fine, the incoming district superintendent, said in a recent interview.
School board candidates (three seats): Sarah Minardi, Christina DeSanti, Justine Limonius
Polling hours: 1 to 8 p.m.

Proposed budget: $20.59 million
Decrease from 2020-21: $276,894
Tax levy increase: .59 percent (below tax cap)
Additional proposition: Allows Montauk to lower its private-school transportation policy to 25 miles from 50 miles
Summary: The proposed drop in spending comes even as the Montauk School District prepares to purchase a fleet of school buses and hire drivers to establish an in-house transportation program. Programs for students, along with teacher salaries and supplies, represent 84 percent of the proposed budget. The district will save more than $240,000 on teacher salaries because of the recent retirement of several longtime teachers who earned top-tier pay. The district expects to spend about $150,000 for repairs to the school's roof. "Generally, we haven't had large fluctuations. Things have been pretty consistent," said Matthew Neuschwender, Montauk's district treasurer. "We are way under [the tax cap], so we're pretty self-sufficient."
School board candidates (one seat): Nicholas Finazzo
Polling hours: 2 to 8 p.m. in the school gym

Proposed budget: $44.87 million
Increase from 2020-21: $539,116
Tax levy increase: 1.48 percent (under tax cap)
Additional proposition: Allows Sag Harbor to establish a new capital reserve fund, to be used for setting aside budget surpluses for future improvements at all three campuses
Additional proposition: Allows Sag Harbor to purchase a new small school bus at a cost of $58,766, using money from a transportation reserve account
Additional proposition: Allows the district clerk to conduct voter registration in person during regular school hours
Summary: For the 10th straight year, Sag Harbor has stayed under the state-mandated cap on tax-levy increases "while preserving all programs, extracurricular activities, and athletics" and also establishing a full-day prekindergarten program for the first time and continuing to upgrade technology and equipment for students, admini-strators have said. The budget also continues to support needs related to Covid-19, including cleaning materials, staffing, and air filters. "The budget fully aligns the needs of our students and staff with the needs of our taxpayers," said Jennifer Buscemi, Sag Harbor's business administrator.
School board candidates (two seats): Jordana Sobey, Ryan Winter
Polling hours: 7 a.m. to 9 p.m. in the Pierson High School gym

Proposed budget: $1.73 million
Increase from 2020-21: $27,572
Tax-levy increase: 9.68 percent (above the cap)
Additional propositions: Two instructional contracts, one for elementary school children and one for middle and high school children, will allow Sagaponack to continue offering the Sag Harbor School District as a choice to the students who age out of their home school
Summary: "Dealing with the many uncertainties brought on by the Covid-19 pandemic, this budget will continue to support the quality instructional program that the Sagaponack School is known for and our Sagaponack community truly appreciates," Alan Van Cott, the district superintendent, said in an email last week. The district is planning for the possibility that it will still need extra space for its students, which it found this year at Most Holy Trinity in East Hampton. Operating a second campus also leads to increased salaries for part-time teachers in the proposed budget. More money is also being added for psychological services and computer technology for students.
School board candidates (one seat): Lauren Thayer
Polling hours: 7:30 to 8:30 p.m. at the schoolhouse

Proposed budget: $30.8 million
Increase from 2020-21: $750,704
Tax-levy increase: 2.06 percent (below the tax cap)
Additional proposition: Allows Springs to spend $150,000 on a new school bus and a new minivan for flexible student transportation options
Additional proposition: Allows Springs to spend $1.1 million from a reserve fund to replace the roof over the older parts of the school building
Summary: After being promised more state money than it initially anticipated, the Springs School Board adopted a budget that preserves all sports and intramurals, arts and music, swimming lessons at the East Hampton Y.M.C.A. RECenter, robotics activities, and the annual fourth-grade opera and junior high musical. Student programs -- including a return to the Springs campus for prekindergarten students -- and teacher salaries and tuition to East Hampton High School make up about 85 percent of the budget. For a Springs house with a fair market value of $1 million, taxes would rise about $132 for the year. "I want this community to know that children and students were our first priority" in building this budget, said the district superintendent, Debra Winter.
School board candidates (one seat): Hella Drew, Barbara Dayton (incumbent)
Polling hours: 1 to 9 p.m. in the school library

Proposed budget: $3.83 million
Increase from 2020-021: $124,686
Tax-levy increase: 2.08 percent (meets tax cap)
Summary: A tax-cap compliant budget comes on the heels of two previous years of over-the-cap budget increases at the Wainscott School — which had followed tax-levy decreases in seven out of the prior 10 years. The district expects to spend more money on teacher salaries and benefits, maintenance and utilities, and tuition to the East Hampton and Sag Harbor School Districts for children who age out of their home school. Less money is budgeted for textbooks, equipment, supplies, and school busing. "We anticipate all classes going back to full-day, in-person teaching -- adding back one and a half hours each day — in the new schoolhouse, which will allow us to return to our time-tested collaborative teaching model," David Eagan, the school board president, said in a recent statement.
School board candidates (one seat): Kelly Anderson
Polling hours: 2 to 8 p.m. at the Wainscott School