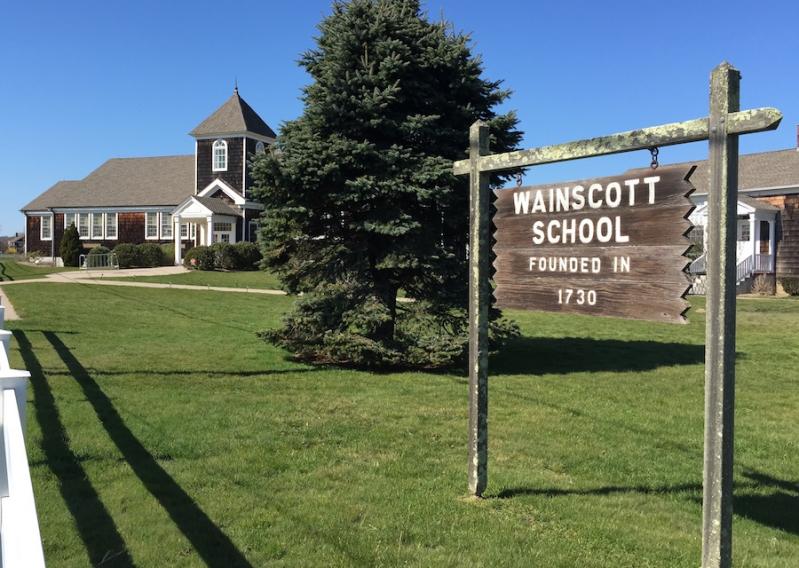 On the May 18 ballot for the Wainscott School District, voters will see a $3,829,017 spending plan that stays within the state-mandated limit on tax-levy increases. The district's tax-cap compliance comes on the heels of two prior years of over-the-cap budgets.

"We anticipate all classes going back to full-day, in-person teaching — adding back one and a half hours each day — in the new schoolhouse, which will allow us to return to our time-tested collaborative teaching model," Mr. Eagan said in an email to The Star.

The year-over-year spending increase is $124,686, or 3.37 percent. According to a line-item breakdown released by the district on Tuesday, almost a full week after the school board adopted it, Wainscott expects to spend less money on textbooks, equipment, and supplies, adding up to $11,350 in savings. The district will spend $20,877 more on maintenance and utilities, up to $143,687, which is a 17 percent increase.

The district will offset spending by applying $350,000 of prior years' surplus money to the budget, which furthers another goal — spending down the balance of that surplus, which exceeded the 4-percent statutory cap on surplus money, which was an issue identified by the New York State comptroller's office in past audits.

With a proposed tax-levy increase of 2.08 percent, Wainscott only needs a simple majority of voter approval to pass its budget. The prior two years' cap-busting budgets "have allowed us to stay within this year's limited 2.08 percent effective tax cap," Mr. Eagan said. "However, since we are now operating with a greatly reduced fund balance . . . continued increases in both the number of tuition students and tuition rates payable by the district are likely to result in future above-the-tax-cap-levy increases."

Wainscott will hold a budget hearing next Thursday at 5:30 p.m. via Zoom. To receive the meeting link, an email can be sent to Norma Bushman, the district clerk, at [email protected]. The budget vote will be held on May 18 from 2 to 8 p.m. at the schoolhouse.