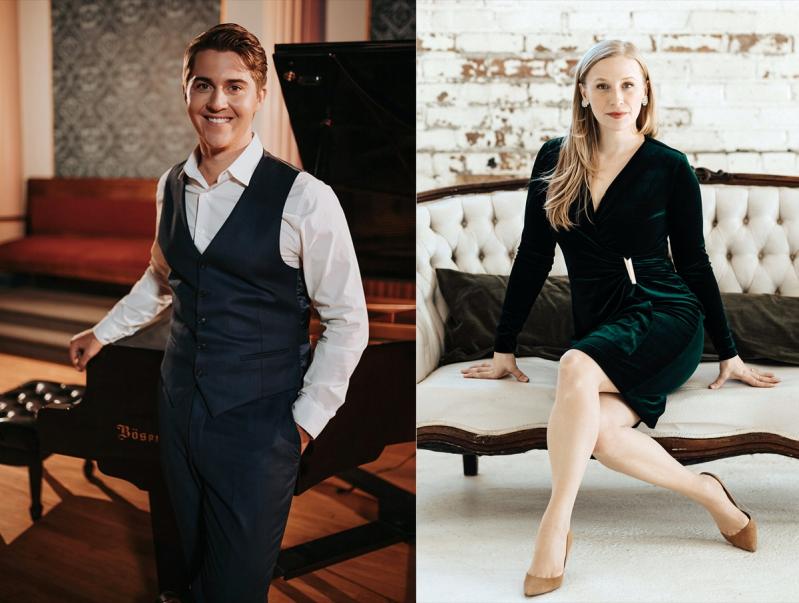 Bel Canto Boot Camp, which launched after the Metropolitan Opera closed during the pandemic and presented a series of opera-based programs here in 2021 in partnership with Guild Hall, will continue to do so this summer.

Founded by Derrick Goff, a vocal coach and member of the Met's music staff, and Rachelle Jonck, a vocal coach and conductor, Bel Canto in its early days provided singers, virtually, with focused instruction about the human voice and the art of opera. It soon expanded its reach to music enthusiasts generally. This season, with Guild Hall closed for the renovation of its theater and galleries, the newly formed Guild Hall and Bel Canto Boot Camp Resident Artist Program is awarding paid weeklong residencies here to emerging artists selected from an application and audition process.

The residencies culminate with recitals at Hoie Hall at St. Luke's Episcopal Church in East Hampton. The first, "Beautiful Singing: The Roots and Fruits of the Bel Canto Style," is set for Friday, May 20, at 7 p.m., and will feature Jack Swanson, a tenor, and Katherine Henly, a soprano.

The concert will include excerpts from Donizetti's "L'elisir d'amore" and "Don Pasquale," as well as songs by Rossini and Bellini, and excerpts from Gilbert and Sullivan's "Pirates of Penzance." The use of the classically trained voice in music from the 1940s and '50s will draw from opera (Kurt Weill's "Street Scene"), musical theater ("Kiss Me, Kate" and "My Fair Lady") and film ("The Toast of New Orleans").

Mr. Swanson, who will make his European debut in the fall opera season with companies in Italy and France, has future engagements with the Houston Grand Opera and the Santa Fe and Minnesota operas. His many awards include the Richard Tucker Memorial award from the Santa Fe Opera and first place in the National Opera Association Competition. He is flying in from France to take up his residency.

Ms. Henly has performed with the Los Angeles Opera, the Washington National Opera, the New York Musical Theatre Festival, the New York International Fringe Festival, and the O’Neill National Music Theater Conference, among many others. She made her off-Broadway debut in Sheldon Harnick's musical "Dragons" at the New York Theatre Company.

Speaking of the relationship with Boot Camp, Anthony Madonna, Guild Hall's associate for learning and public engagement, said, "During the pandemic, we did a lot of listening sessions together, to really educate our audiences to be able to verbalize what they hear and why they enjoy it."

During last year's virtual programs, he said, he could see listeners leaning into the camera to better hear the recordings. When Mr. Goff and Ms. Jonck came in person to give pre-show lectures before "The Met: Live in HD" programs, "we got such great feedback, and our audiences built each time we brought them out. To partner with them again is just a natural progression."

"And," he added, "in thinking of a way to bring live vocal recitals to East Hampton, we thought, why don’t we educate our audiences at the same time as providing learning opportunities for emerging singers, so that we’re all in this atmosphere of learning together." The residency winner will be mentored by professional vocalists who are at the height of their careers.

Subsequent programs include "The Potions of Love: Bel Canto Arias and Ensembles" with Brittany Smith, a soprano, Juan Hernandez, a tenor, and other resident artists (July 30), and "Michael Spyres and Bel Canto Boot Camp: A Bel Canto Journey" (Oct. 15). During that week, Mr. Spyres will coach and give a master class here with emerging singers as well as have a role debut with the Metropolitan Opera.

Tickets are $55, $49.50 for Guild Hall members; reservations can be made on the Guild Hall website.