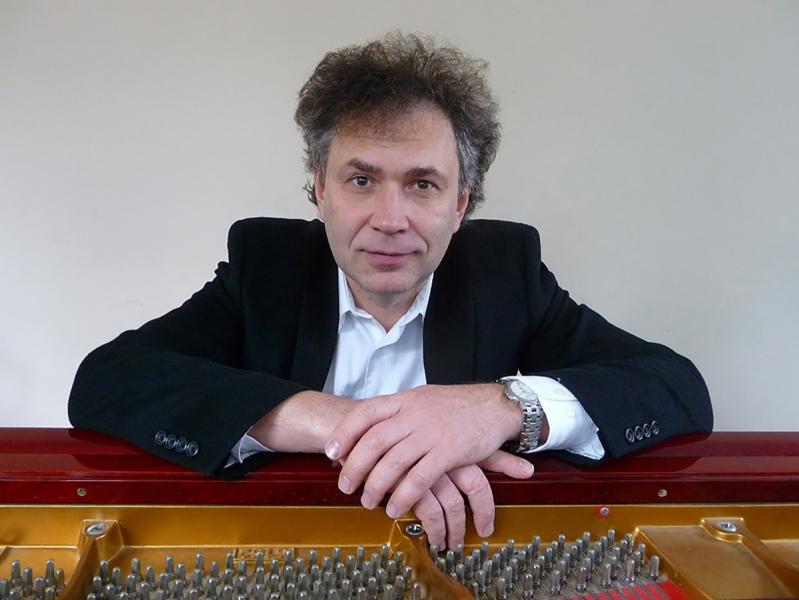 Taras Filenko will host a benefit slide lecture and performance at Bay Street that will examine Ukrainian identity through its music.
Courtesy of Taras Filenko
By Mark Segal

Bay Street Theater in Sag Harbor will kick off the weekend on Friday with a benefit concert for Ukraine, to be followed on Saturday by an evening with Garrison Keillor.

Taras Filenko, a Ukrainian pianist, historian, ethnomusicologist, and scholar, will host "Concert for Ukraine," a benefit slide lecture and performance that will examine Ukrainian identity through a musical lens, on Friday at 8 p.m. at Bay Street Theater in Sag Harbor.

With examples from his country's composers from the 19th and 20th centuries, he will illuminate the vitality and uniqueness of Ukrainian culture and explain how the current threat to his culture is part of a historical cycle of suppression and resilience.

“We felt it important to try to hear from Ukrainian artists themselves,” says Tracy Mitchell, Bay Street's executive director. “We are fortunate to have access to this incredible artist who not only is an accomplished pianist, but who also will put the situation in context from his own experience, with images and music.”

The concert is presented in collaboration with Southampton Town Supervisor Jay Schneiderman. Tickets are available for a minimum donation of $20; proceeds will support the International Rescue Committee.

A handful of tickets remained at press time for Mr. Keillor's performance, which will happen Saturday at 8 p.m. and feature stand-up, storytelling, audience song, and poetry.

He is widely known for the Minnesota Public Radio program "A Prairie Home Companion," which he created and hosted for 42 years. Since retiring he has written a memoir and is developing a screenplay based on Lake Wobegon, the fictional Minnesota town of his invention, and a musical.

A Conference for Young People to Create Solutions
Get Outside, Get Moving
Two Traditions, One Fair in Springs
END_OF_DOCUMENT_TOKEN_TO_BE_REPLACED