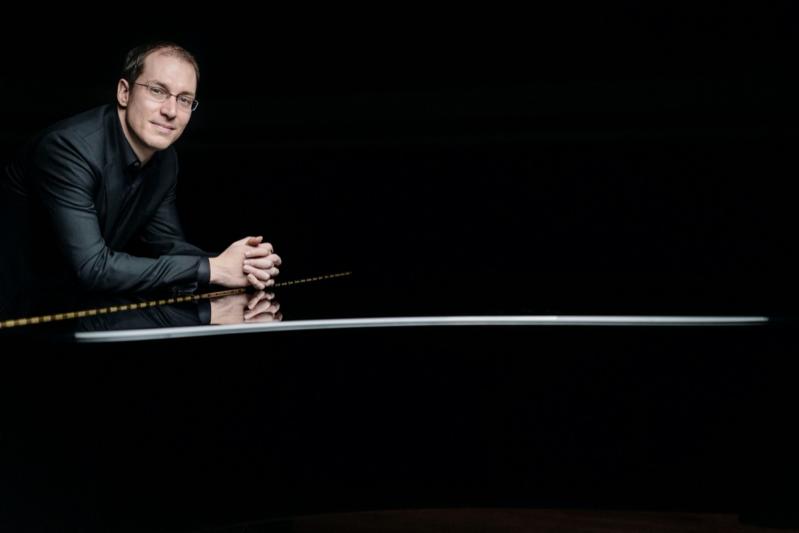 Bridgehampton Chamber Music will launch its new BCM Autumn series with two Beethoven concerts of music for piano and wind instruments, on consecutive Saturdays, Nov. 6 and Nov. 13. The inauguration of the autumn programs was delayed a season by the pandemic, as was the observation of the 250th anniversary of Beethoven's birth in December 1770.

"An autumn series was in the planning stages before the pandemic, but it is particularly sweet to inaugurate it now, as a kind of talisman for better days ahead," said Marya Martin, the founder and artistic director of the festival.

For the first program, Gilles Vonsattel will be the pianist, performing two Beethoven sonatas: the "Appassionata" and the "Waldstein." Mr. Vonsattel has been appearing at BCM since 2010, but this is his first solo program for the festival. He has performed with the Boston Symphony, Chicago Symphony Orchestra, Munich Philharmonic, Gothenburg Symphony, San Francisco Symphony, and the Detroit Symphony Orchestra, while playing recitals and chamber music at the Chamber Music Society of Lincoln Center and Tokyo's Musashino Hall.

The Swiss-born American artist is an associate professor of piano at the University of Massachusetts at Amherst, and on the faculty of Bard Conservatory.

"These sonatas are a bit like talking about 'King Lear' or 'Macbeth,' " Mr. Vonsattel said last week. "When you look at the piano sonata recordings throughout history, these sonatas, along with the 'Moonlight,' are the most popular, and therefore they are some of the most popular classical music that exists."

"Appassionata," meaning passionate, is a nickname given to the sonata by a publisher; the other is named for its dedicatee, Count Ferdinand Ernst Gabriel von Waldstein of Vienna.

Reflecting on the idea that after the past 18 months of mostly not hearing live music, audiences might be yearning for some of the most beloved, staple offerings from the repertoire, Mr. Vonsattel said that "we look to artists for programming that is interesting, maybe shining light on unknown repertoire or making interesting connections. And I have done so much of that in my life that I was really looking forward to playing two absolute barn-burner sonatas from Beethoven's 'heroic' period. I was really drawn to the idea of just going back to basics."

Speaking about the pause in live music during the pandemic, "In that sense, we are going back to what it was like to live when this music was written," he said. "You would have been very lucky in your lifetime to hear one or two performances of a Beethoven work. It was an unusual thing to go into a hall and hear this music."

Both sonatas are from the same period as Beethoven's Fifth Symphony, Sixth Symphony, Fourth Piano Concerto, and Triple Concerto, "some of the most listened-to classical music on the planet," Mr. Vonsattel said. "What's interesting, though, is that the two pieces are very different. They are both gargantuan in their demands, and they are both epic. However, one is quite dark and incredibly passionate, and the other is full of light and quite glorious and ecstatic. So they have very different moods."

The second concert, called Beethoven Winds, features the composer's Trio for Flute, Bassoon, and Piano in G Major, and his Quintet for Piano and Winds in E-flat Major. Ms. Martin on flute will be joined by James Austin Smith, oboe; Yasmina Spiegelberg, clarinet; Peter Kolkay, bassoon; Eric Reed, horn, and Orion Weiss, piano, all regulars over the years on the series.

One piece that is not by Beethoven is Valerie Coleman's "Umoja." "Umoja" means unity in Swahili, and it is the principle of the first of the seven days of Kwanzaa. Ms. Coleman, who was named Performance Today's 2020 Classical Woman of the Year and is among the Washington Post's top 35 female composers in classical music, first wrote the piece for a women's choir. It had calls for unity through the tradition of call-and-response, and was first meant to be a simple family sing-along song for Kwanzaa. It was later transformed into a setting for wind quintet, and became a signature piece for the composer's Imani Winds ensemble; this is the version that will be heard.

Both events will begin at 5 p.m. at the Bridgehampton Presbyterian Church. Tickets ($65, $45, $10 for students) and more information, including pandemic protocols to be observed, can be found online or by calling 212-741-9403. There is a Watch & Listen page on the website, where you can hear a good number of recordings from previous concerts.