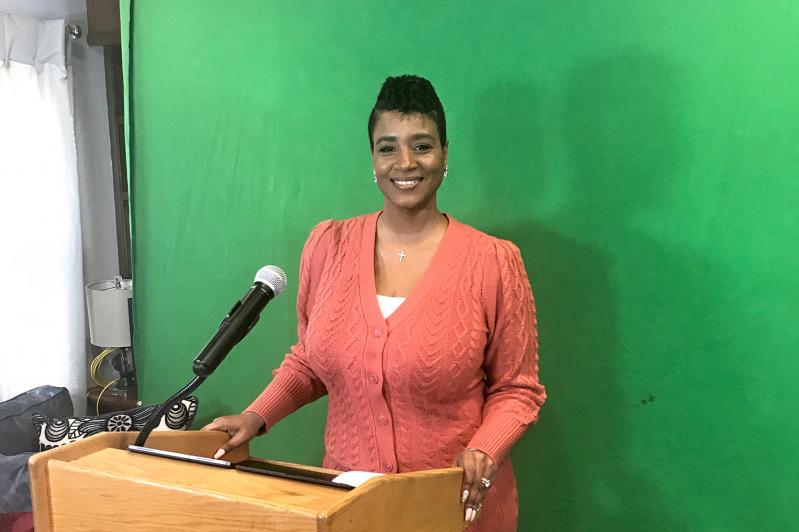 The Rev. Tisha Williams has been giving sermons from the pulpit at the First Baptist Church in Bridgehampton and posting them on the church's YouTube channel. She hopes to record a service for Easter Sunday from the ocean beach.
Eddie Dawson
By Taylor K. Vecsey

As Christians observe Holy Week and Jews gather for Passover Seders, the Covid-19 pandemic has closed the doors of houses of worship, and religious leaders have been forced to come up with new ways to reach their congregants at a time when spiritual support is perhaps needed the most.

From his own dinner table, Rabbi Joshua Franklin of the Jewish Center of the Hamptons in East Hampton Village will lead one of the virtual Seders for Passover, the major Jewish spring festival commemorating the liberation of the Israelites from Egyptian slavery, which began last night. Online Haggadahs, which tell the story of the Exodus, will be available. 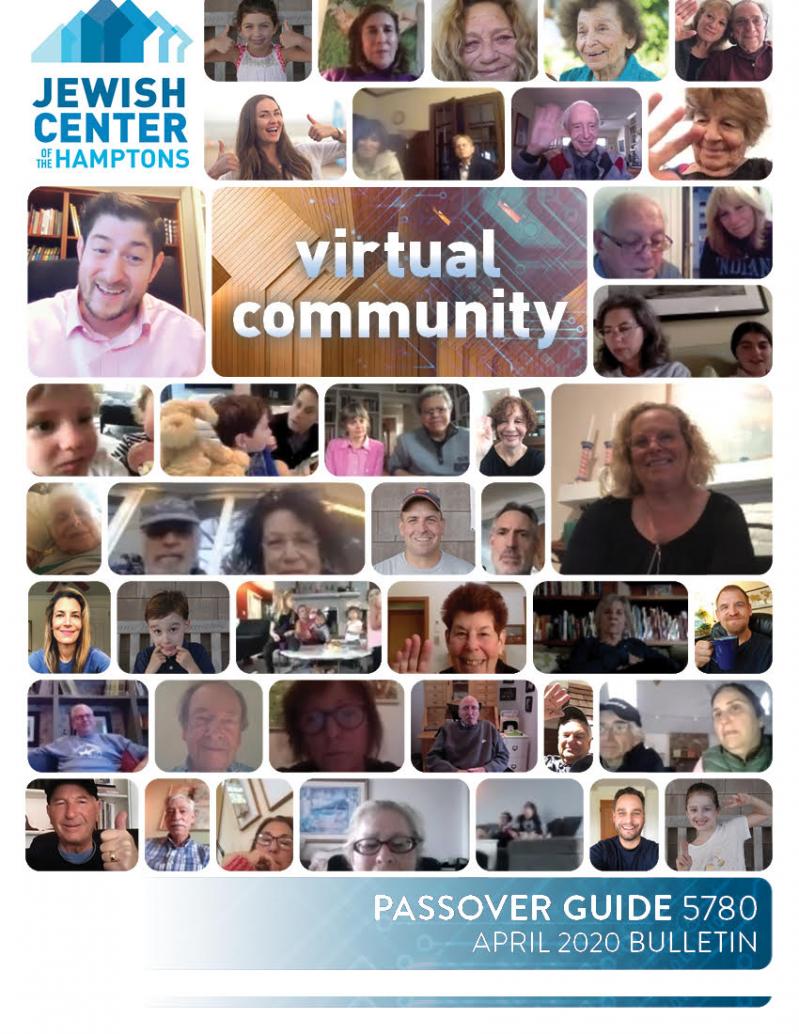 The Haggadah is the most reprinted Jewish text in existence. Each of the thousands of different editions has its own creative twist, Rabbi Franklin said.

“Wherever you might be, your responsibility is to tell the story in whatever format will reach the masses and will reach the crowd there. This year, putting the Haggadah online and making a virtual Seder might seem like something that is novel, but at the same time, the Haggadah itself is meant to be adaptable to every single audience and wherever you might be. So, it’s a good holiday to actually have virtually.”

Leaders of many of the churches and synagogues on the East End have been either live-streaming or pre-recording services so that parishioners can listen in and feel the message of God.

The Rev. Ryan Creamer at Most Holy Trinity Catholic Church in East Hampton has been recording Masses for the past three Sundays, including Palm Sunday, in the sanctuary and has posted them on the church’s website. The Good Friday liturgy and Easter Sunday Mass will be no different.

Being apart in the midst of the pandemic “hammers in the message of Easter all the more if we stay focused,” Father Creamer said, pointing to the idea of hope and rebirth. “If we keep in touch with the individual faith,” he said, “we’re able to treasure what we have lost for this year and move forward stronger because it teaches us the preciousness of faith. It is a lesson that is being very adeptly learned by a lot of parishioners.”

The Rev. Tisha Williams of the First Baptist Church of Bridgehampton distributed a virtual palm on Palm Sunday and about a week earlier had hosted a drive-through at the church so that congregants could pick up communion elements — a two-piece kit, pre-packaged with grape juice and a wafer. For older members of the church she included a facemask.

She has also been posting pre-recorded videos on the church’s YouTube channel. The first video had 1,000 views on the first day. “It’s pretty cool for a church that’s never done it before,” she said. “The reach is so far beyond our four walls of the church . . . our building couldn’t even physically hold 1,000 people.”

Ms. Williams said that people are turning to the church more than ever. “I believe they are looking for hope. They just want to know it’s going to be better and it’s going to get better. We believe our hope rests in Jesus Christ,” she said, adding that she likes to think of herself as “a hope pusher.”

There are no answers per se, even among clergy. “There is no playbook for this. There is no manual for this. We’re doing the best we can by the grace and guidance of God,” she said.

For those interested in joining the virtual Seders for the second night of Passover — Thursday, the Jewish Center of the Hamptons will host the Seder via Zoom, the videoconferencing app, at 5 p.m. sharp. Registration is at jcoh.org/Passover.

Temple Adas Israel in Sag Harbor will hold its online Seder beginning promptly at 6. Registration ahead of time with Adas Israel is through Rabbi Daniel Geffen, who will lead the service, at [email protected]. Those who have registered will receive log-in information by email.With Reporting by Irene Silverman