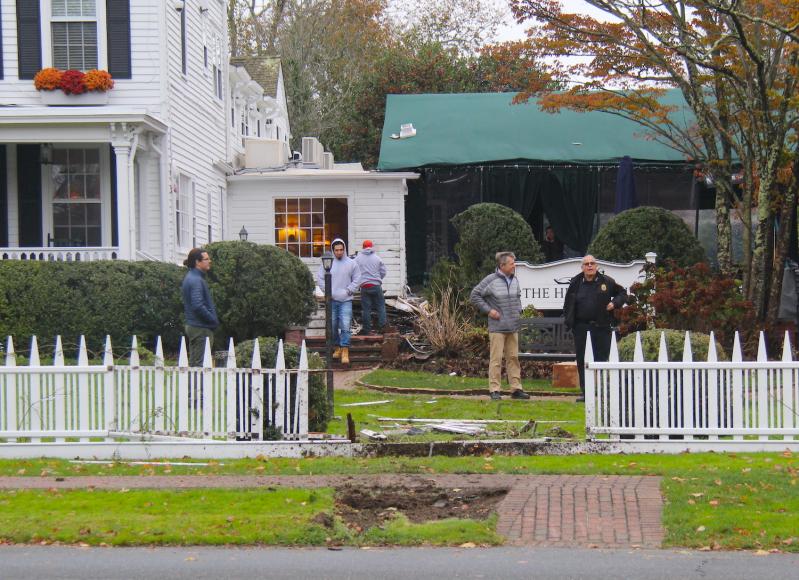 A livery driver hired for an early morning airport run caught the air meant for his yet to be picked up passengers Wednesday when he fell asleep and drove into the Hedges Inn. The driver was given a breathalyzer exam but was not under the influence of alcohol.

He was “banged up, though,” and transported to Stony Brook Southampton Hospital, said East Hampton Village Mayor Jerry Larsen, who visited the crash site early.

At 4:40 a.m., according to Jenny Lilja, the innkeeper, who was not there when it happened, the driver was at the wheel of a 2018 Mercedes sedan — “The thing was a tank,” she said — headed east on Woods Lane when he drove through the light where Woods Lane meets Main Street. The car smashed through the white picket fence in front of the inn and into the historic building, ending up in bushes between two patios on its south side.

“It's the most intrusive accident at the Hedges I've ever seen,” said Mayor Larsen. “Somehow he missed the fire pit. He went between a bench and a light pole, veered left, and went up the steps.”

“He must have gotten airborne and somehow got up the steps.” 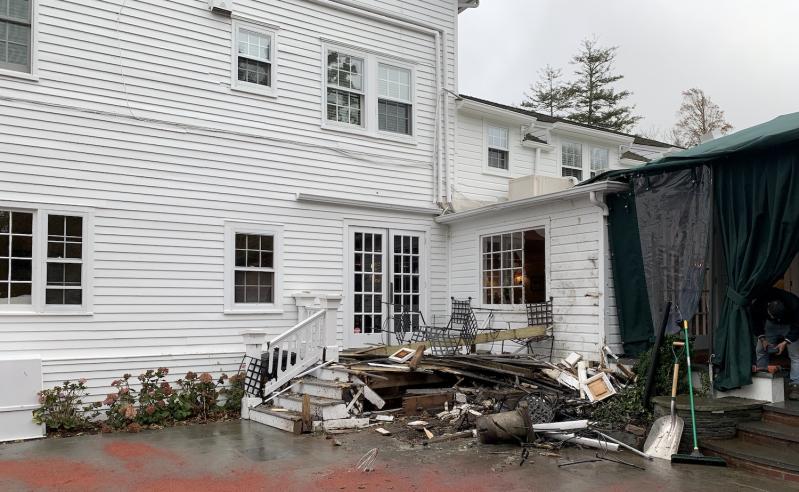 “Pieces of the porch are on the roof,” said Ms. Lilja. “He took out two posts of our awning and two lampposts. He snapped a big footing off the deck. He knocked the whole house off its foundation. We have a structural engineer coming to make sure it's all shored up.”

The Hedges Inn is currently closed for the season, she said. “We were set to start renovating in December. Looks like we'll be starting a little earlier.”

The inn, at 74 James Lane, has been the location of numerous car accidents through the years. A decade ago, the village discussed planting a swale to protect the building, but the suggestion was ultimately tabled.

Things could have been worse. Woods Lane used to extend all the way to James Lane. Perhaps the grass and brick walkway that now connect the two slowed the driver somewhat.