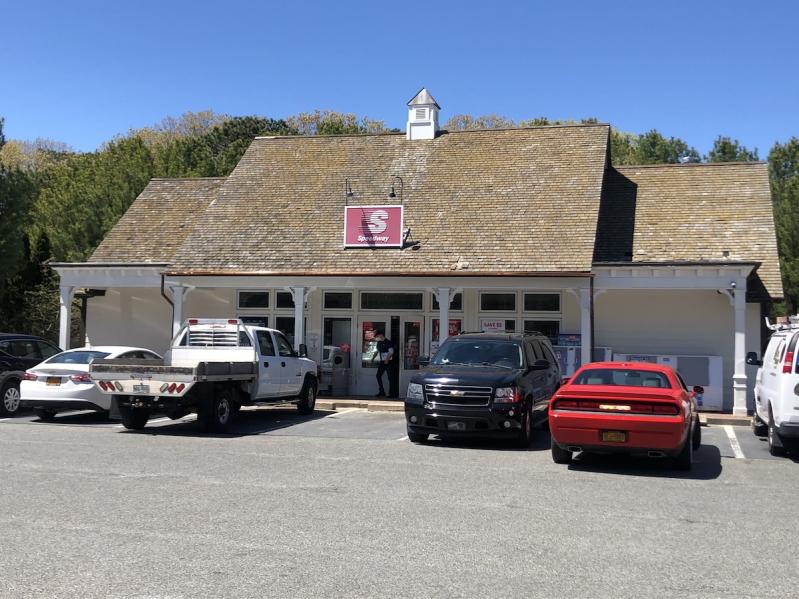 Speedway in Wainscott was the site of an arrest this week.
Christine Sampson
By Bella Lewis

Two men were ticketed for allegedly driving while intoxicated in East Hampton Town this week.

Eddy Espinoza, 38, of Town Lane in East Hampton was served an aggravated charge, for allegedly having .18 of 1 percent or more alcohol in his blood. Police found him during the evening of April 27 in his 2016 black Ford at the Speedway gas station in Wainscott, where he was observed sitting in the driver's seat with the Ford's engine running. He appeared intoxicated and performed poorly on roadside tests, according to police, who took him into custody for morning arraignment by Justice Steven Tekulsky.

Frederick Feraco had the same aggravated driving while intoxicated charge leveled against him on the afternoon of April 29 when the 64-year-old Commack resident was driving a gray 2013 BMW on Montauk Highway near Georgica Road in East Hampton. Police reported he moved unsafely from his lane and drove across hazard markings to overtake a vehicle in front of him. He appeared unsteady on his feet, smelled of alcohol, and failed sobriety tests, police said. Justice Tekulsky arraigned him the next morning on driving while intoxicated charges topped with two citations for reckless driving.