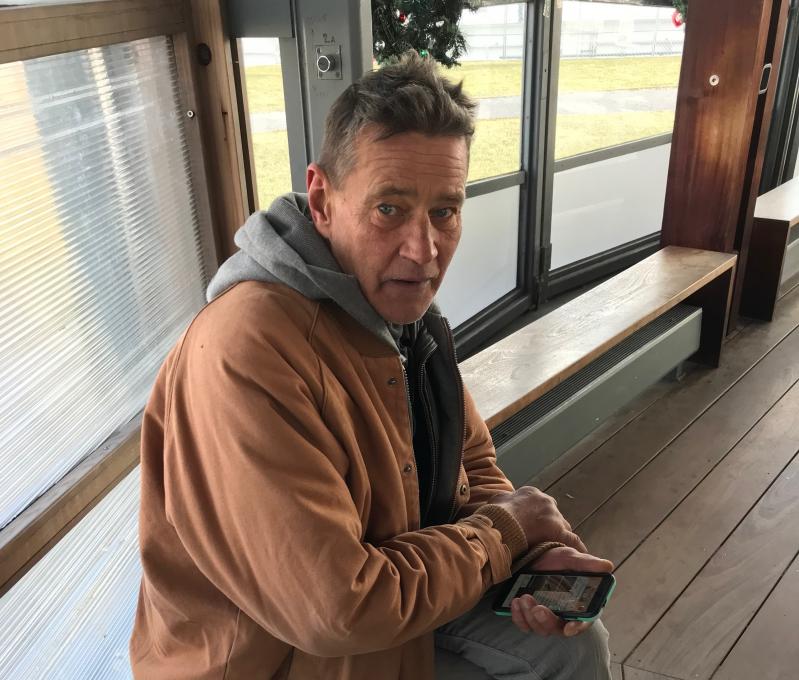 Wayne Sapiane died on Jan. 5 after being struck in the head three days earlier. Police made an arrest on Tuesday.
Karylynn Longley
By Taylor K. Vecsey

On Tuesday, Suffolk County Police homicide detectives arrested a man they said punched Wayne Sapiane in the head in Riverhead on Jan. 2. Mr. Sapiane, who was 65, later died.

Daniel Hughes, a homeless 38-year-old, has been charged with second-degree assault, a felony.

Police said Mr. Hughes punched Mr. Sapiane, who had been spending nights at the Maureen's Haven Homeless Outreach Program, in the area of West Main Street in downtown Riverhead. Mr. Sapiane underwent surgery at Southside Hospital in Bay Shore to relieve swelling on his brain and had part of his skull removed, according to his brother, Gary Sapiane, a well-known radio personality with WLNG in Sag Harbor. He never regained consciousness, and doctors feared he would not make a full recovery. His family removed him from life support, and he died on Jan. 5.

The Suffolk County medical examiner conducted an autopsy to determine a cause of death, and the county district attorney's office will likely consider upgraded charges once the report is complete.

Mr. Hughes will be held overnight at the 7th Precinct and will be arraigned at Riverhead Town Justice Court on Wednesday. Bail will be set because second-degree assault is considered a violent felony under the new state bail reform law.