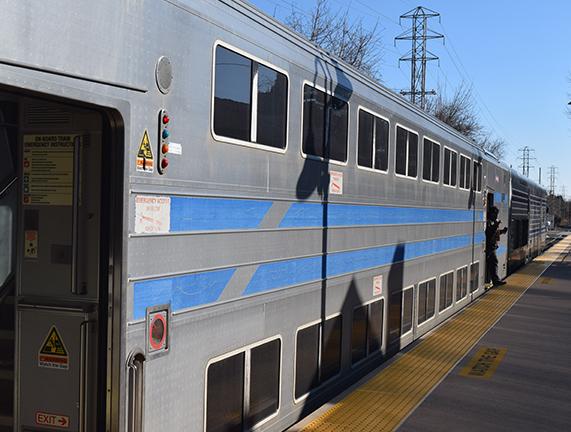 On Thursday afternoon, the Long Island Rail Road's 2:48 p.m. train from Montauk, due at Jamaica at 5:50 p.m., stalled just west of the Montauk station because of equipment trouble.

The train was not at the platform during the incident. The 15 passengers aboard were helped off by its crew and first responders from the Montauk Fire Department. No injuries were reported.

Power was turned off along the track. Everyone walked safely to buses provided by the railroad, the L.I.R.R. said on Friday. At about 6:25 p.m., a rescue train coupled onto the stalled train and headed east to bring it back to the Montauk station.

In an initial announcement on Twitter, the L.I.R.R. advised that passengers waiting at from Amagansett to Westhampton consider taking the Ronkonkoma branch or alternate means of travel. There were no other train delays, Meredith Daniels, a railroad spokeswoman, said Friday night.

The L.I.R.R. added an additional westbound train departing Babylon at 5:13 p.m. That train ran express service to Jamaica to accommodate customers from the canceled train, which Ms. Daniels said made up for the inconvenience. She could not say how many people, if any, took alternate transportation.