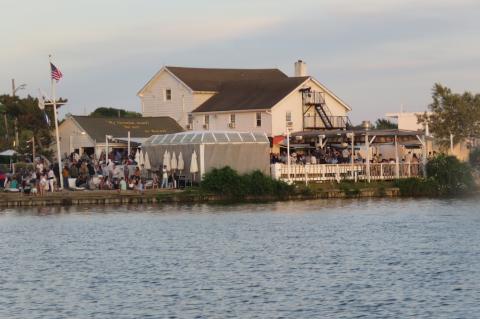 To Rein in Crowds, Montauk's Surf Lodge Goes Reservation Only
By
Jamie Bufalino

Almost three years after promising East Hampton Town officials they would tackle overcrowding, excessive noise, and environmental concerns at the Surf Lodge in Montauk, the owners have launched a full-scale effort to address the problems.

Jun 20, 2019
A Step Toward Plum Island Preservation?
By
Christine Sampson

In what environmental advocacy organizations are calling a victory for wildlife and the ecosystem, both the State Senate and the Assembly approved bills Friday setting up a marine mammal and protection area around Plum Island, Great Gull Island, and Little Gull Island.

Howard Schultz, the former chairman and chief executive of the Starbucks chain who is considering a run for president as an independent candidate, has put that deliberation on hold following three separate surgeries, he recently told supporters. 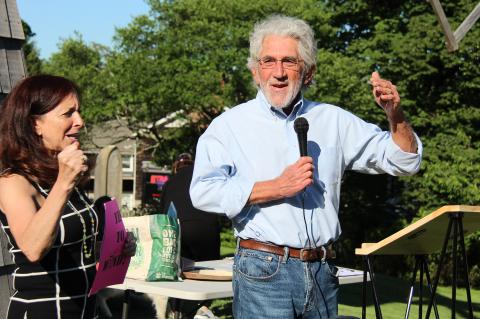 A divide among neighbors and generations was apparent on Tuesday as the New York State Public Service Commission hosted its first information sessions and public hearings on the proposed South Fork Wind Farm, a 15-turbine installation that would be constructed in a federal lease area some 35 miles east of Montauk. 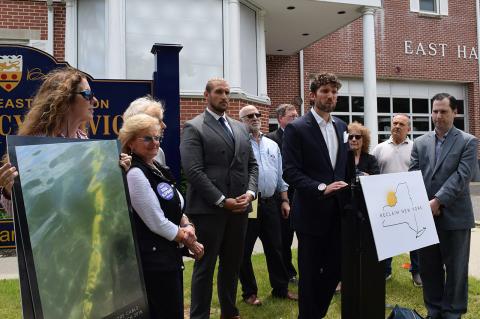 Critics Ask: How Much for Wind Power?
By
Christopher Walsh

Simon Kinsella, a resident of Wainscott, a candidate for East Hampton Town Trustee, and a persistent critic of the proposed South Fork Wind Farm, spoke during a press conference Tuesday about his lawsuit against New York State, which seeks to compel the Long Island Power Authority to disclose the cost to ratepayers represented by the proposed wind farm.

A proposal to allow food trucks to operate at farm stands in Southampton Town was embraced by farmers and denounced by restaurant owners at a public hearing at the town board meeting on Tuesday. 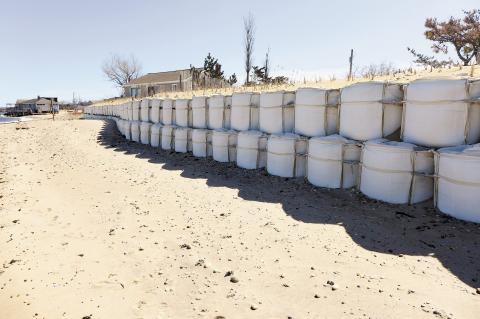 The fashion designer Stella McCartney, who is a daughter of the musician Paul McCartney, and her husband, Alasdhair Willis, are seeking a long-term extension of an expired emergency permit to allow a 100-foot double-tier sandbag revetment on Gardiner’s Bay to remain in place until they can build a new house at the site.

Jun 13, 2019
Trustees to Allow 'Powering' for Clams
By
Christopher Walsh

The East Hampton Town Trustees will grant a special commercial permit to up to 10 residents to harvest soft-shell clams via a technique known as powering, or churning, between July 1 and Sept. 6 this year.

The East Hampton Town Board voted to accept an anonymous donation of a BearCat tactical response vehicle at its meeting last Thursday.

The East Hampton Town Trustees have retained an attorney to begin a civil investigation into the apparent electronic eavesdropping in the conference room at their Amagansett offices that began at least eight months ago.

Jun 13, 2019
On Parking, Pinwheels, and Wind Cable
By
Irene Silverman

After a member of the Amagansett Citizens Advisory Committee complained at last month’s meeting that the Amagansett School had not allowed “holiday decorations” to be placed on the lawn in front of the school building in April, the committee wrote to the school principal, Maria Dorr, requesting clarification.

Lower gas prices, on par with those found in other areas of Long Island and New York State, may be on the horizon for the South Fork.