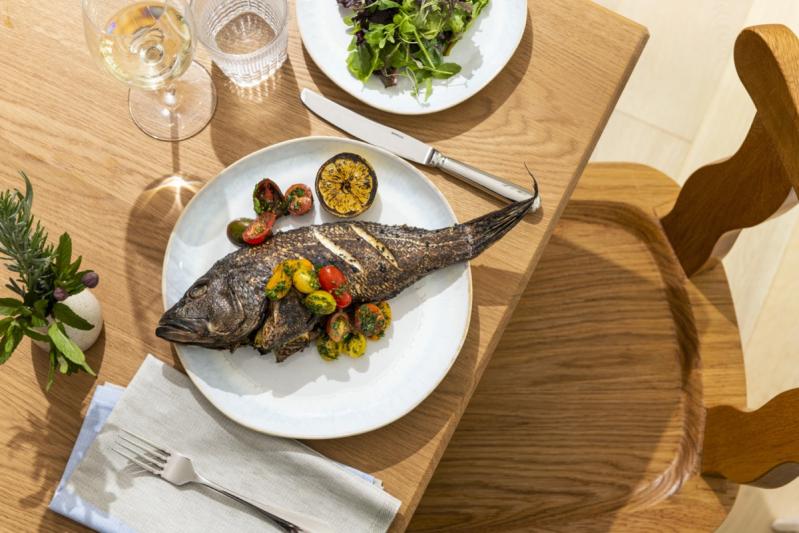 Eataly East
Those in a summer funk, looking longingly west toward the city for the things they've missed for several weeks, may take heart that Eataly continues to deliver to the South Fork and Shelter Island this year.

Eataly, the Manhattan emporium of things Italian and delicious, said it offers 99 percent of the food in its retail store on its online store, excepting only gelato. There are also choices of 800 varieties of wine, which can be shipped as well. Everything is on the Mercato website, which handles the delivery and charges a $19 fee.

What's Stirring in Sagg
Guild Hall's "Stirring the Pot" series of interviews with a culinary theme continues this week with Florence Fabricant, who writes about food and wine for The New York Times, stopping in on Sunday at the Sagaponack Distillery.

The distillery is on the home turf of the Foster family, who make the spirits from ingredients grown on a farm that has been in the family for generations. They will discuss how they make their liquors and share cocktail recipes to bring out the best in them.

There will be a tasting of a variety of liquors, a free cocktail, and snacks served. This event will start at 4 p.m. and costs $125, or $100 for Guild Hall members. Attendees must be 21 and older.

Beer News
Springs Brewery has a new IPA brewed with honey from Springs Apiary with English pale malt and wheat. It has 7 percent alcohol by volume. "Citrusy dank sweet with perfectly balancing rounded bitterness and silky mouthfeel," is what comes to mind when its makers describe the taste.

Promised Land IPA has can art by Charles Ly depicting the Smith Meal Fish Factory, which once stood in Napeague and processed menhaden to feed farm animals. According to the brewers, the area became known as Promised Land because of the funky smell of the factory.

Canoe Place Inn
A new option for dining just west of the Shinnecock Canal has opened as part of the long-under-construction Canoe Place Inn. Good Ground Tavern, the inn's restaurant, is led by the chef Ulfet Ralph, who has worked at Relais and Chateaux properties, and offers a Mediterranean menu of open-fired dishes, pizzas, pastas, and seafood. A canal-adjacent garden terrace provides outdoor seating in addition to the 100 seats inside. The site is also available for weddings and special events.

The property dates back to 1679 and has played host over the years in various buildings to Theodore and Franklin D. Roosevelt, Cary Grant, Lucille Ball, Albert Einstein, Babe Ruth, and performers like Bon Jovi. Occupied by British officers during the Revolutionary War, it became a dance hall, a speakeasy, and eventually a nightclub from the 1980s until it closed and went dormant in the early 2000s.