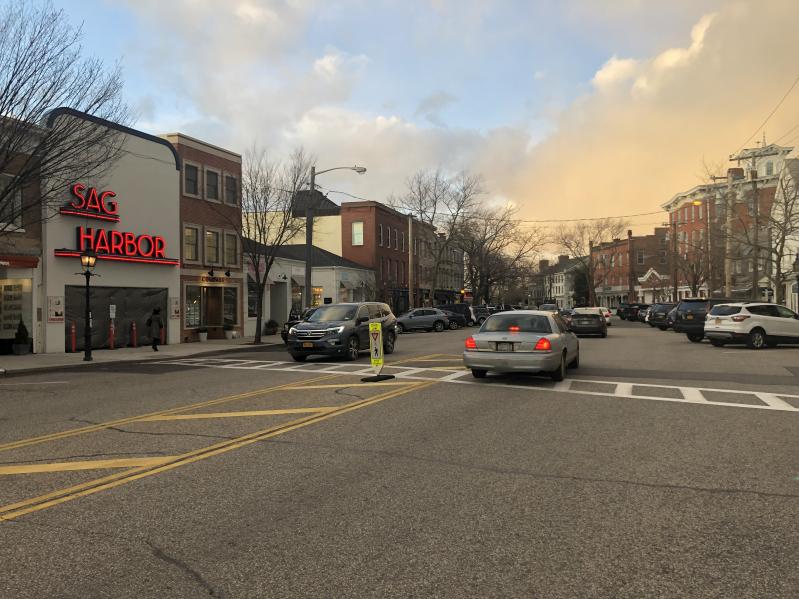 Jack Brinkley-Cook may well have solved some of Sag Harbor’s perennial summertime problems: traffic congestion and a scarcity of parking during the village’s busiest months of the year.

His solution is RoveLoop, an electric car shuttle service that seems to fall somewhere between East Hampton’s Free Ride and ride-sharing businesses like Uber and Lyft. He plans to launch it in mid-May with two business partners, one of whom is Gianpaolo de Felice, owner of the Tutto il Giorno restaurant in Sag Harbor.

RoveLoop would transport passengers within a two-and-a-half-mile radius in Sag Harbor, Mr. Brinkley-Cook said during a presentation at the village board meeting on Tuesday. He said the idea, which is in its very early stages, is to establish eco-friendly “microtransportation.”

“We realized quickly the market for town-to-town transportation was kind of saturated,” he said, adding that the service would “diminish the need to utilize your car” downtown.

He is banking on using the electric car charging stations that the village plans to install on Long Wharf during off-peak hours. The partners estimated the service would run almost all day long, from 9 a.m. to 12:30 a.m.

It would not be free, Mr. Brinkley-Cook said, but its rate of $10 per ride could be less expensive than ride-sharing services or taxis. People would be able to request rides by way of a mobile app. The electric vehicles seat up to five passengers at a time, and have batteries that power up to 100 miles of driving per full charge.

“Other services out here are a bit too expensive for these distances,” said Mr. Brinkley-Cook, a Ross School graduate who lives in Sag Harbor and New York City. “We hope we’ll see a large number of people who would normally have taken their car.”

Mr. Brinkley-Cook said RoveLoop also hopes to use school parking lots during the summer. He is in talks with the Sag Harbor School District to work out an arrangement to allow RoveLoop customers to take advantage of parking lots there, he said.

“In this day and age, it’s not important but critical to try to be more conscious of everything that we do and its impact on the environment,” he said by phone yesterday. “Something that everyone does every day is move around. We’re trying to create a more eco-friendly mobility option.”

Village board members and residents raved about RoveLoop after Mr. Brinkley-Cook’s presentation.

“It’s a great idea,” said Aidan Corish, who along with Mayor Kathleen Mulcahy and another board member, James Larocca, suggested that the village establish a few specific pickup and drop-off spots on Main Street and other roads for safety reasons.

Ms. Mulcahy said the service could also be a boon to employees of the village and village businesses, who often have trouble finding longer-term parking during the busy season.

“We need to go in that direction,” said Michael Williams, a resident. He was concerned about the drop-off process, he added, and endorsed the idea of setting up those spots.

Kate Plumb urged the village board to do whatever it needed to do to help RoveLoop get off the ground. “This project is exactly what we’re going to have in 2040,” she said. “All of what we’ve gotten so familiar with is not going to survive.”