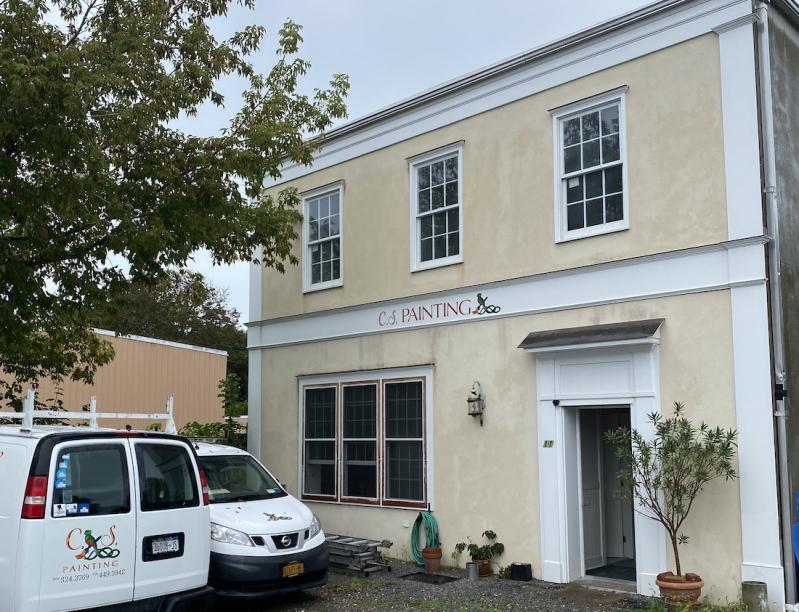 East Hampton Village plans to develop an affordable housing program that will be overseen by East Hampton Housing Authority, the village board announced at a meeting last Thursday.

Last September, the board hired a civil engineering firm, Nelson, Pope, and Voorhis, to develop plans to address several challenges facing the village, including the need for a wastewater treatment system and for more affordable housing. The firm has been making an inventory of existing work force housing as well as units that had been previously used in that capacity, such as second-floor apartments in the commercial district. That work has been delayed because of the pandemic, but the assessment should be finished soon, Becky Molinaro Hansen, the village administrator, said at the meeting.

Pat Trunzo, a contractor who owns a building on Lumber Lane, is seeking to create two apartments for affordable housing there.

Before any such units can be permanently designated as affordable housing, the village must have an agency to administer an affordable housing program, and the housing authority, whose board of commissioners is appointed by the town board, has agreed to take on that role, said Ms. Hansen. "The town board is supportive of entering into a memorandum of understanding with the village," she said.

Because the village doesn't have an existing affordable housing law, one must be drafted prior to setting up the program. Ms. Hansen recommended modeling a village law on one in Westhampton Beach, which gives housing priority to income-eligible fire and ambulance volunteers, village employees, and those who work for "community services providers . . . including but not limited to schools, churches, community centers, fire stations, government agencies, hospitals, and libraries."

"I especially like that provision," said Rose Brown, a trustee. She and her colleagues said they were in favor of having the East Hampton Housing Authority oversee the program. Using the Westhampton Beach law as inspiration, Beth Baldwin, the village attorney, will now draft legislation specific to the village, said Mayor Richard Lawler.

In another joint effort, the village plans to use the services of an East Hampton Town consultant to find ways to improve cellphone coverage and develop regulations for wireless facilities.

East Hampton Town has hired a firm to "study gaps in service and identify sites for cell towers, and rewrite code to be compliant with up-to-date F.C.C. code," said Billy Hajek, the village planner, referring to the Federal Communications Commission. "The village has essentially no regulations that govern personal wireless services, and it would be prudent to have some . . . when applications come before the board," he said.

The town has agreed to make the consultant available to the village, and to include it in the study, said Ms. Hansen.

Board members were eager to have the firm identify suitable locations for antennas, and gaps in coverage in the village, and Arthur Graham, a trustee, recommended that it also examine whether the amount of bandwidth for cell service is sufficient. A vote on hiring the firm will be held at the board's Friday, Sept. 18, meeting.

After restaurant dining rooms had been closed due to the pandemic, Mayor Lawler issued an executive order in June that allowed restaurants and takeout food stores to set up temporary outdoor dining areas on public property through Nov. 1. At the meeting, he suggested extending the permission to Dec. 1, and possibly allowing the use of outdoor heaters. Ms. Brown, who, along with her colleague Ray Harden, has been leading a committee on outdoor dining that comprises village officials, residents, and restaurateurs, said the group would reconvene to discuss the proposal.

The board hired Steven Losquadro, an attorney, to represent the village if any election law issues arise in the Sept. 15 election for mayor and two open trustee seats. He was hired because "due to the overwhelming number of new registrants, absentee ballot requests, and [voter registration] challenges, the village should have a neutral party involved to address any questions or concerns," Ms. Hansen said on Friday.

Mr. Graham, who is a mayoral candidate in the election, has challenged 200 voter registrations with the Suffolk County Board of Elections. "There are people who are registered to vote in the village that I strongly suspect don't live here," he told The Star last week. "I'm not saying anyone is cheating, I'm just saying there are questions raised."