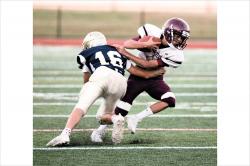 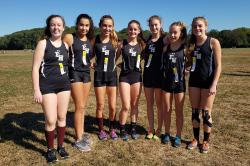 East Hampton High School’s girls cross-country team, thanks to a 26-29 win over Miller Place at Sunken Meadow on Oct. 15, finished the season at 3-3, “the best we’ve done in quite a while,” according to the team’s coach, Diane O’Donnell. 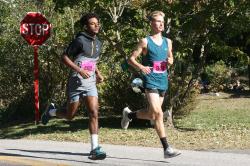 Given the green light by his coach, Shelter Island High School’s four-time county Class D cross-country champ clocked in at 15 minutes and 40.43 seconds.

Flag football wraps it up at Herrick, while Bonac girls tennis storms the playoffs and the cross-country teams hit Sunken Meadow for the divisional meet Tuesday. 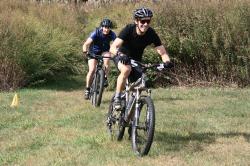 Serpent's Back: A Pierson Coach Wins
By
Jack Graves 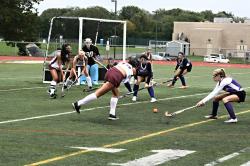 It's Feast to Famine in Field Hockey
By
Jack Graves

A win Monday would have enabled East Hampton High’s field hockey team to stay on the cusp of a playoff berth, according to its coach, Nicole Ficeto, though Port Jefferson, which had been outplayed for 56 minutes, dashed that hope in the 57th with a goal that resulted from a corner play, the Royals’ first corner play of the game. 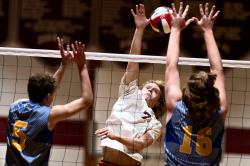 East Hampton High’s boys and girls soccer teams and its boys and girls volleyball teams had wins this past week, while the girls swimming team lost 93-82 Sayville-Bayport, the defending league champion, 13 of whose points were awarded for diving.

Teams made up of East Hampton School District teachers are to vie Wednesday on the high school’s turf field in a fund-raising “Kicks For Cancer” game whose proceeds are to go to the Hauppauge High School-based organization founded 11 years ago to help families contending with the disease.

Despite the East Hampton High School field hockey team boasted the highest-scoring duo in Bonac history, they were swept by Rocky Point in a first-round county playoff game in 1994.

Bonac's field hockey and girls soccer teams head to Harborfields on Friday, girls volleyball team will play at the Horseheads invitational tournament Saturday, and the girls swimming will hop in the pool at Hauppauge on Monday. 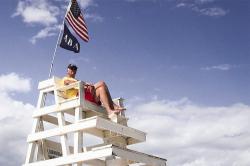 ‘Waterproof’: An Ode to Bonac’s Guards
By
Jack Graves

It took Mae Mougin 10 years to give birth to “Waterproof,” a 40-minute lifeguard-centered documentary film that celebrates the core of East Hampton, a community that she and the film’s Academy Award-winning director, Ross Kauffman, find to be exemplary in the way it pulls together. 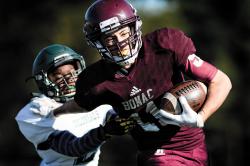 Jayvee Football Sailing High at 3-and-0
By
Jack Graves

The latest win, a 29-0 shutout, came Saturday on East Hampton High’s turf field before homecoming spectators, including parents of the visiting William Floyd players, a team as good as any jayvee around.