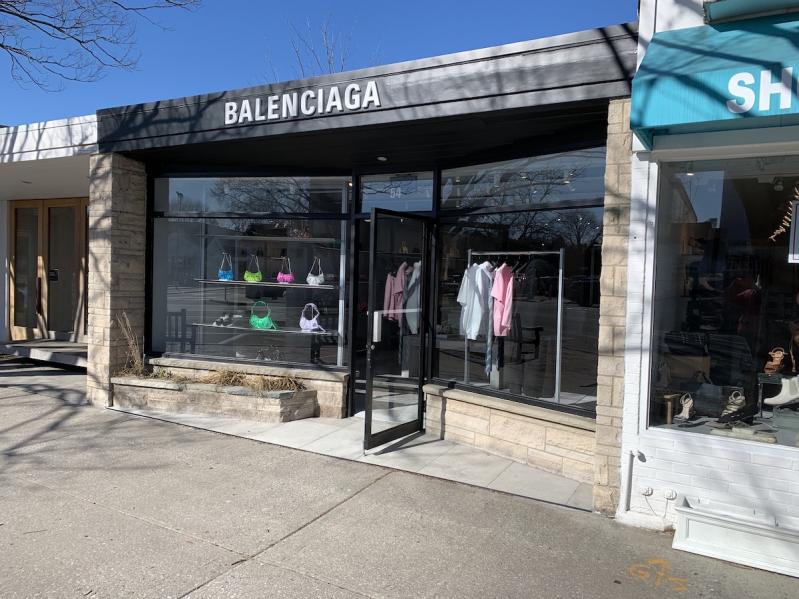 For her role in the March 2022 heist at the luxury retail store Balenciaga in East Hampton Village, Baseemah Davis of Newark, N.J., has been sentenced to two to six years in prison, Suffolk County District Attorney Ray Tierney announced Tuesday.

“Each of the involved defendants arrested in this particular organized retail theft ring has now pleaded guilty and will serve significant sentences in state prison, which is a just consequence for their selfish and dangerous actions,” Mr. Tierney said in announcing the sentence.

Ms. Davis, 34, was charged with second-degree criminal possession of stolen property, a felony, and seventh-degree criminal possession of a controlled substance, a misdemeanor. She was one of five people accused of stealing $94,000 worth of expensive handbags from Balenciaga, then leading police cars on a high-speed pursuit in a Dodge Durango that ended with a foot chase on the Long Island Expressway.

Three of the other thieves have already been sentenced on similar charges. Wazir Rodgers, 25, and Ali Harris, 29, both of Newark, were each sentenced to three to nine years in prison. Jamal Johns,

26, who had prior criminal convictions on his record for burglary, bail-jumping, and grand larceny, received a sentence of three and a half to seven years.

One other person involved in the theft, who allegedly was the one to distract the store’s sales clerk on the day of the heist, remains at large. Mr. Tierney said authorities are still searching for her. Her identity has not been revealed.