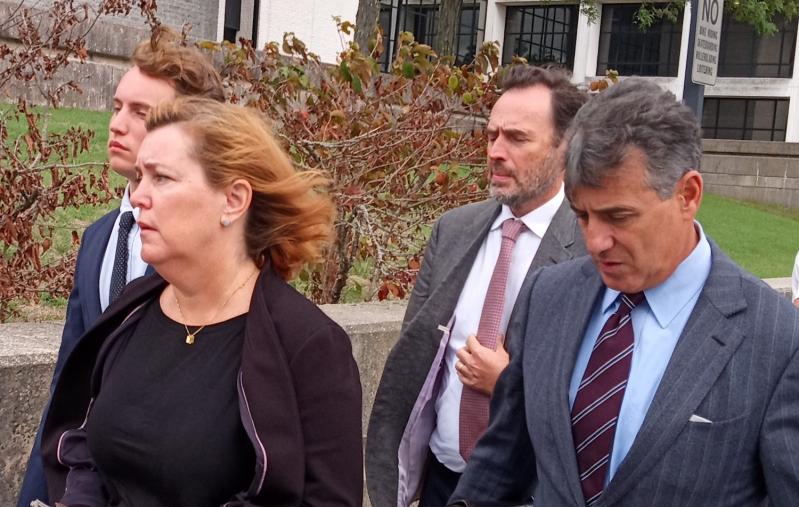 Daniel Campbell's sentencing hearing in the Amagansett hit-and-run case that led to the death of Devesh Samtani in August 2021, scheduled for Thursday before Suffolk County Supreme Court Justice Richard Ambro, was pushed off to Nov. 3, with an intervening late October conference where a pre-sentencing investigation and recommendation from the Suffolk County probation office will include information about Mr. Campbell's past driving record.

That record was cited Thursday by the Samtani family's attorney Benjamin Brafman as the reason behind Justice Ambro's apparent inclination to rescind his previous no-jail offer to Mr. Campbell and consider a 90-day jail sentence.

Mr. Campbell's driving record reportedly includes a speeding violation and a report that he caused a head-on collision in the months before the fatal hit-and-run encounter with Mr. Samtani, who was 18 at the time of his death.

Mr. Brafman said that during the conference with attorneys Thursday morning, Justice Ambro indicated that jail time for Mr. Campbell may in fact be on the table.

"I think the judge's decision was based primarily on the driving record of Mr. Campbell," said Mr. Brafman.

"As of now, we and the family are pleased," Mr. Brafman told reporters on a blustery and damp morning at the Cromarty Criminal Justice Court Complex in Riverside, while the Samtani family fanned out behind the high-profile New York City criminal defense attorney.

Mr. Campbell and his family appeared dejected as they briskly exited the courthouse following the in-chambers conference, but Mr. Campbell's attorney, Edward Burke of Sag Harbor, said he still believed Justice Ambro would keep his promise to not send his client to jail.

"Obviously there is a lot to go over still" in advance of the Oct. 25 conference, he said. "We've got some more work to do."

Mr. Burke noted that he had also provided information of his own two weeks ago to the probation department on his client's behalf "in anticipation of this date."

Today would have been the day for Mr. Campbell to provide an allocution statement to the Samtani family, expressing sorrow for the accident that killed their son as he accepted the terms of the sentence as spelled out by Justice Ambro last month.

Justice Ambro made no indication in August that any information in the sentencing recommendation might sway him from reconsidering the original offer.

He conditioned his promise to Mr. Campbell only on the young man steering clear of the law in advance of today's hearing, and that he show up for the hearing.

Mr. Burke said that the pushed-off sentencing hearing was the result of Suffolk County computer systems being offline owing to a recent malware attack on its information-technology infrastructure, and not because of new information now in the public record about his client's driving history.

Mr. Brafman agreed that technical issues had prevented the Suffolk County Probation Department from filing its pre-sentencing report and recommendation, "but the important thing from our perspective is that the court is inclined, it said, to change its prior offer to Mr. Campbell," said Mr. Brafman.

Given the new circumstances now unfolding, Mr. Campbell has the right to withdraw his plea in advance of the Oct. 25 hearing. He pled guilty to a single charge of leaving the scene of an accident that involved a fatality, a class D felony in New York punishable by up to seven years in prison.

Prosecutors had sought one to three years in prison for Mr. Campbell.

Mr. Campbell's August guilty plea hinged on Justice Ambro's promise that he would serve no jail time if he accepted it.

Mr. Brafman said he believed it was unlikely that the case would now go to trial as he noted that Justice Ambro had given Mr. Burke until October 25 to figure out a path forward with his client.

"He has the right to take back his plea because the judge did make that promise," said Mr. Brafman.