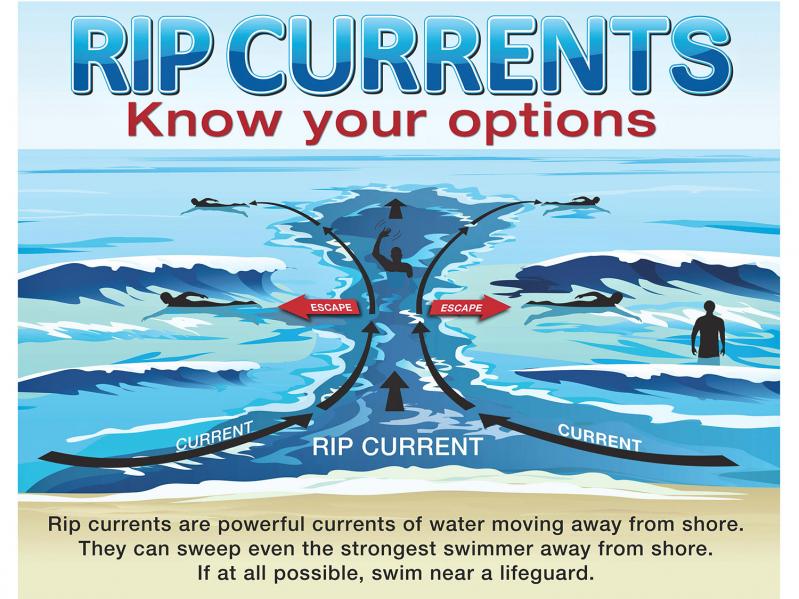 Fliers and signs like this one put out by the National Oceanic and Atmospheric Association and the United States Lifeguard Association tell people what to do if caught in a rip current.
By Christopher Gangemi

This is the last weekend of the year that East Hampton Town beaches will have lifeguards. Lifeguards will protect East Hampton Village beaches during weekends until Columbus Day, Oct. 10.

“Without lifeguards on the beach, I can’t recommend anyone swimming,” said John Ryan Jr., the head lifeguard for the town. “The waters are unsupervised, and people easily get in trouble,” he said.

Drew Smith, the head lifeguard for the village, reported five saves at village beaches last weekend, “all due to the swell that was in the water,” he said. He strongly recommended that if someone wants to swim, they do so in front of the active lifeguard stands. Four saves were made at Main Beach on Saturday, and one was made at Two Mile Hollow on Sunday.

“Rips take you out beyond the break, but then they start to lose power,” Mr. Ryan explained. If you get caught in one, “Let it take you and stay calm. Don’t try to swim against it.” Once the rip loses its power, he said, keep your emotions in check and swim parallel to the shore. “You have to say to yourself, ‘I can do this.’ “

Before you enter a beach, note the number and letter at the entrance. The numbers increase from west to east. If there is an A it stands for Amagansett, M for Montauk. Mr. Ryan says there has been talk in the past about adding the signs to the village beaches as well.

The signs came about in response to the 2010 death of Leslie Sgaglione, who drowned after getting caught in a rip current off an unprotected beach in Amagansett. There was confusion about where to send emergency personnel; the number and letter signs were placed around a year later. 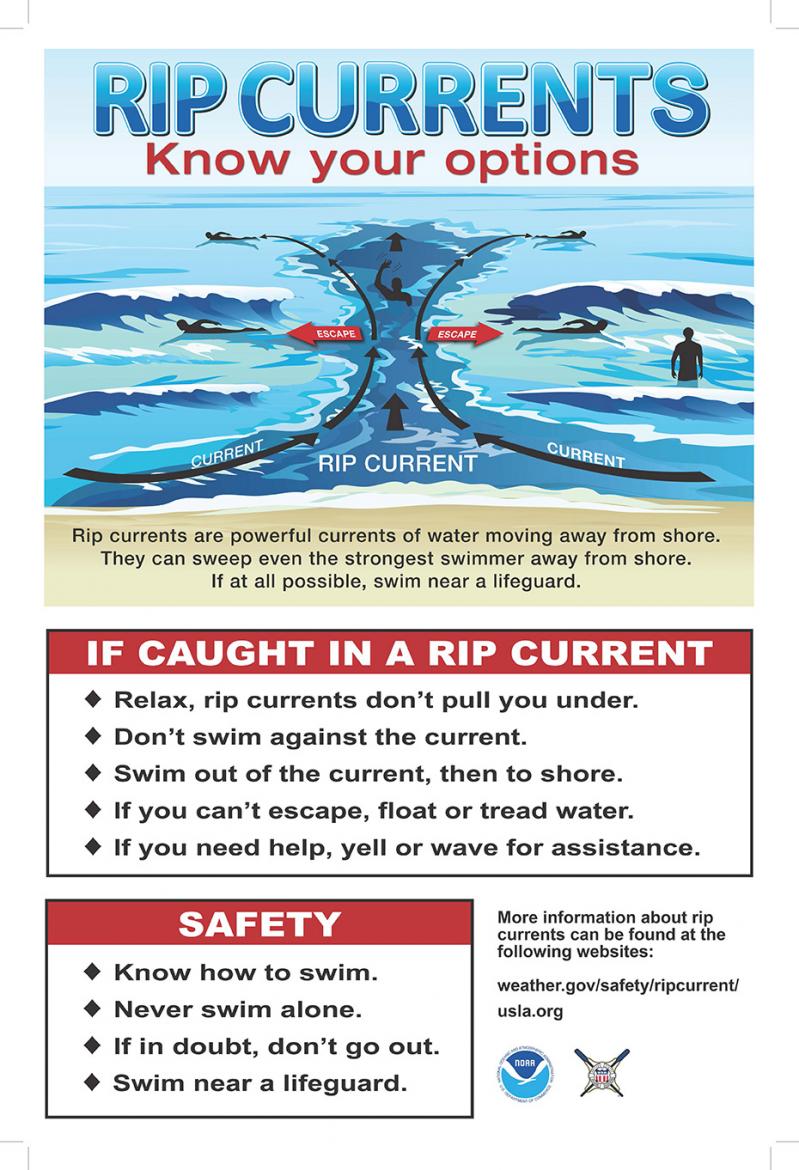