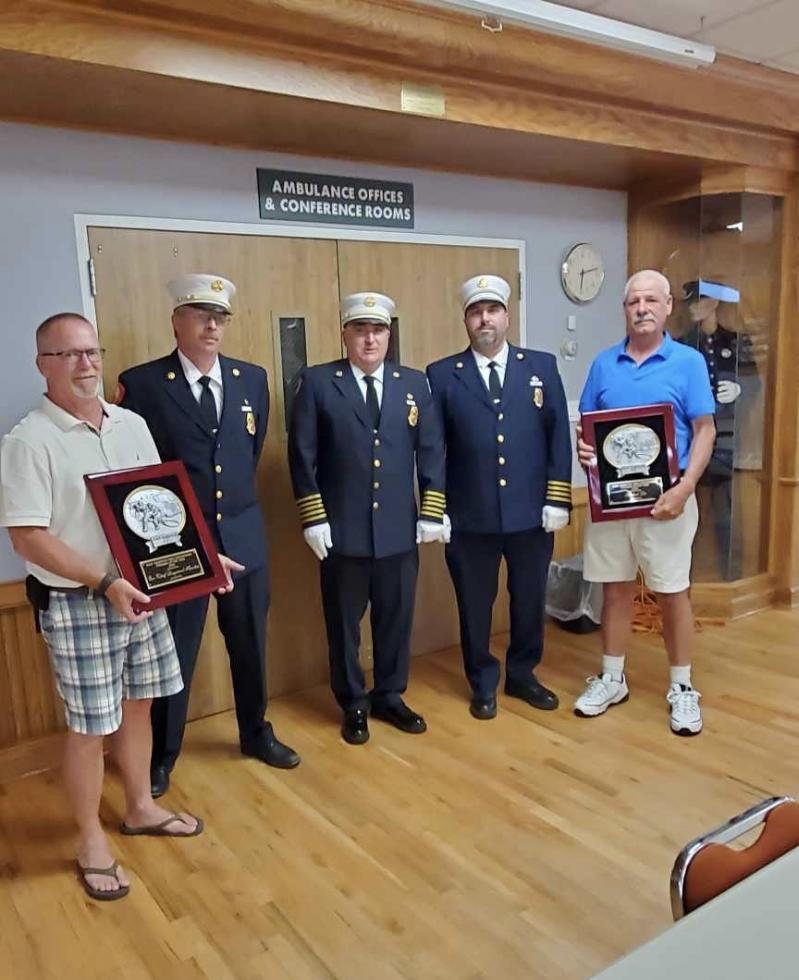 The East Hampton Fire Department has named its top members and officers of 2020, among them former chief Raymond Harden and Mike Lia, the department chaplain, who were named Firefighters of the Year for a CPR save of a man who was in cardiac arrest.

Captain Richard Izzo of Hose Company No. 3 was named Officer of the Year for his "can-do attitude," Chief Gerard Turza Jr said in a statement.

Jack Englehardt received the Chief's Appreciation Award for his "outstanding and humble efforts to assist the community." Mr. Englehardt was recognized for leading an East Hampton Food Pantry donation initiative.

Meritorious Service Awards were presented to Michael Forst and Owen McCormack, both ex-captains, for their actions in "the successful high-angle rescue and removal of an injured tree worker," and to Brian Caputo "for his quick thinking and calculated performance at a structure fire which significantly lowered additional risks to the operation," Chief Turza said.

Company of the Year was awarded to Fire Police Company No. 6, which engaged in "drive-by" parades for local schools — a staple of pandemic celebrations.

"The chiefs would like to congratulate these members on their achievements," Chief Turza said, "and would like to commend the entire membership for their unwavering dedication to the community this past year in the face of a dynamic and challenging pandemic."