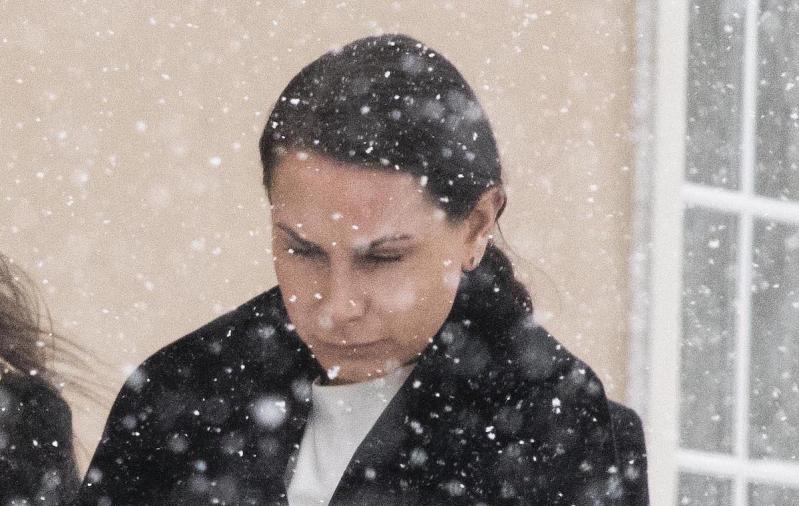 On Friday, almost a year and a half after Lisa Rooney of Montauk was charged with drunken driving in a crash that killed a Montauk bicyclist, 28-year-old John James Usma-Quintero, she pleaded guilty to vehicular homicide in Suffolk Supreme Court, Riverhead.

Shortly after sunset on Oct. 30, 2019, Ms. Rooney, now 32, was on her way home from a bar, driving a Chevrolet Silverado pickup truck, when she swerved onto the shoulder, hit a guardrail along Flamingo Road, and struck the cyclist, who was returning from his day's work at the Montauk 7-Eleven. He had been employed there for about four months, sending the money back to Colombia to support his two daughters, then 8 and 15 years old.

Ms. Rooney told police she had swerved to avoid an oncoming car, but it was revealed months later, from her truck's "black-box data," that she had been driving 85 miles per hour where the speed limit is 40 m.p.h. She failed roadside sobriety tests and refused to take a blood test back at headquarters, but tests taken hours later at Stony Brook University Hospital registered double the legal blood-alcohol level. Mr. Usma-Quintero was also taken to Stony Brook, where he was pronounced dead.

Police found cocaine in several Ziploc bags on the floor of the pickup truck, and a trace of the drug showed up in the toxicology report. On Friday before Justice Richard Ambro, in addition to the top charge of aggravated vehicular homicide, she admitted to another felonyâ manslaughter, and two misdemeanorsâ aggravated D.W.I. and criminal possession of a controlled substance.

Her case wound through no fewer than four courts on its way to Friday's plea. The first, on the day of Halloween 2019, was East Hampton Town Justice Court, where Justice Lisa R. Rana released her on $1,000 bail on the charge of driving while intoxicated and directed that she enter an alcohol and drug rehabilitation program. Ms. Rooney, a lifelong resident of Montauk who owns a business there called Girltauk, did so within days.

She was still in residential drug treatment that December when her next appearance here was scheduled, and the case was adjourned. Forty of Mr. Usma-Quintero's friends and family members had shown up at Justice Court that day, and were dismayed by her absence. The issue of her low bail was already a sore point -Ð the district attorney had recommended $50,000 -Ð but Justice Rana, citing New York State's impending bail reform laws, which were to take effect on Jan. 1, 2020, explained that her hands were tied.

Later that December a grand jury returned an 11-count indictment, and the case moved to County Court in Central Islip, before Justice Fernando Camacho. He soon recused himself, saying that he and the defendant's mother, Bruna L. DiBiase, who is a New York City judge, were acquaintances. Both the prosecution and the defense had no problem with that, but Justice Camacho said it made him uncomfortable.

The case was transferred to Acting State Supreme Court Justice Mark Cohen -Ð and the pandemic began, and the courts shut down. As 2020 came to an end, Justice Cohen retired.

Justice Richard Ambro was the last jurist to hear the case. Lawyers held a conference before him on March 6, and on Friday Ms. Rooney entered her plea. She remains free, apparently still in rehab, as she has been all along, awaiting her sentencing appearance before Justice Ambro on June 18. She faces a term of 8 1/3 to 25 years in prison.