Fund-raiser for family will be announced 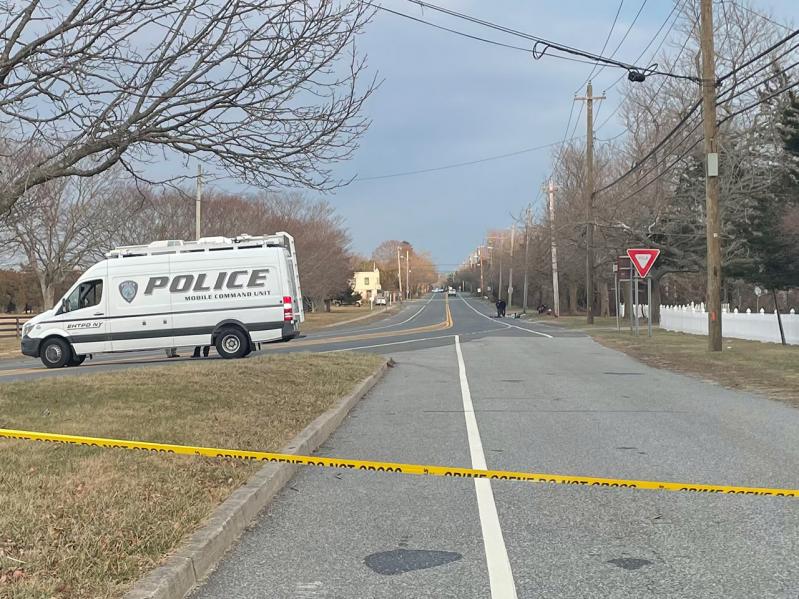 East Hampton Town police arrested a West Babylon man who they said raced away from the scene of an accident in Amagansett on Wednesday in which a 36-year-old woman was struck and killed while walking her two children in a stroller on the side of Montauk Highway.

Mark A. Corrado Jr., 28, was at the wheel of a red 1997 Dodge pickup truck when he apparently drifted onto the eastbound shoulder, smashing into Yuris Murillo Cruz of Amagansett and her children ages 1 and 4. Mr. Corrado did not stop and continued east, turning onto Napeague Lane and then coming to a dead-end on Marine Boulevard, where he turned the truck around and quickly abandoned it on Gilbert's Path, according to police.

Police interviewed workers who said they saw a man in a green short-sleeve shirt, about 5 feet, 6 inches tall, moving away from the truck. Police immediately began a search, combing the nearby ocean beaches and wooded trails. A Suffolk Police helicopter that had just flown one of the children to Stony Brook Southampton Hospital was called back into action and aided in the search. A Suffolk Sheriff K-9 dog and handler were brought in as well.

Mr. Corrado evaded police and eventually turned himself in to East Hampton Town detectives at the Suffolk Police First Precinct in West Babylon.

Montauk Highway was closed to traffic near the scene of the accident until well after nightfall. Broken pieces of the children's stroller could be seen on the side of the road.

An announcement from the Amagansett School, where the older child is a pre-K student, about donations to the family is expected later Thursday, its superintendent, Seth Turner, said.

East Hampton Town police have asked anyone with information about the incident to phone its detectives at 631-537-7575.