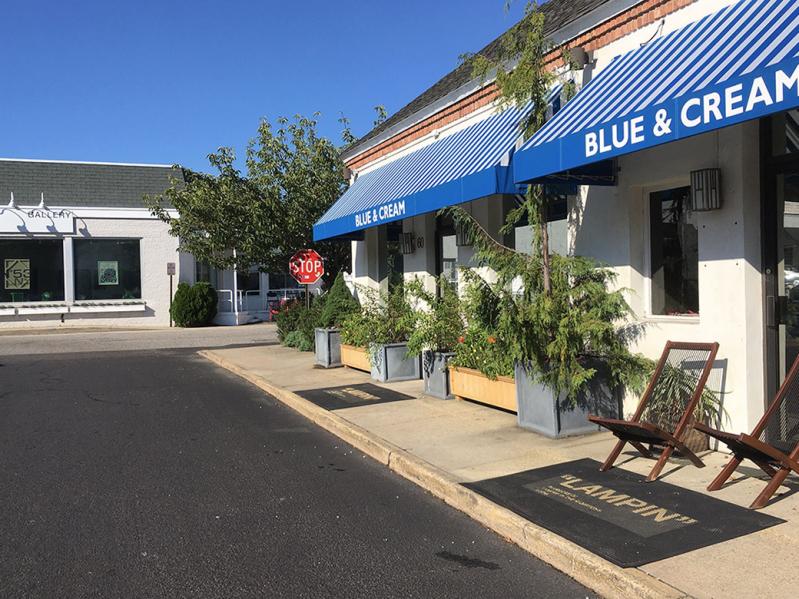 The 18-year-old victim, David Sebastian Peralta-Mera of Springs, a graduate of East Hampton High School, "sustained serious head trauma requiring emergency surgery," according to a police statement released on the afternoon of the arrest. Mr. Streep was charged with assault in the second degree and strangulation, both felonies.

There were multiple calls to police that morning reporting a fight in progress in the parking lot. Robert Jensen, an Amagansett E.M.T. who was off duty nearby in an Amagansett ambulance, gave police a written statement about what he saw as he pulled into the lot.

"I got out of my truck and two guys were yelling by the Blue & Cream store." Both men got out of their cars, he stated, and attacked each other, at which point he went back to the ambulance and called for help.

"When I came back from my truck, both guys were swinging. The young guy got tagged in the face and had a bloody nose." He said they both went down to the ground and Mr. Streep got on top of the younger man, who he heard someone yell "Dave" at. That could have been his girlfriend, who was still in the car.

After struggling on the ground, Mr. Jensen said, "they both got up and I heard the older guy say, 'What the [expletive], this is stupid." The fight lasted 30 or 40 seconds, he said.

Officers interviewed the victim and the girlfriend. Both told police, according to their report, that Mr. Streep "originally ran the stop sign and almost collided with the victim's vehicle. The victim yelled at the suspect out the window," and then drove into the bank parking lot.

Mr. Streep made a U-turn and followed them, they said, yelling obscenities and yelling for the younger man to "get out of his vehicle and fight." After Mr. Peralta-Mera got out of his vehicle, he and his girlfriend said a fight broke out and Mr. Streep pushed, grabbed, and lifted him up, slamming him to the ground.

Zoey Shrier, who works at Blue & Cream, gave police a written statement. She heard a customer scream, she said, and saw a young man on the ground with his face "covered in blood." She said it seemed Mr. Streep was yelling about a stop sign.

"Upon arrival, the disturbance was over and one party had left the scene," Lieut. Gregory Brown said on Friday. Mr. Streep had "peeled off," according to Ms. Shrier, in a two-door, dark-blue Audi convertible, leaving the lot the wrong way through a one-way entrance from Main Street. Mr. Peralta-Mera and the young woman left in a red Ford sedan after being interviewed by officers.

Mr. Jensen did not get the Audi's license plate, he said, being focused on attending to the teenager on the ground, who he said seemed "dazed," though he declined medical attention at the time.

Later that day, police said, an ambulance call from the young man's house came in for an "adult male, prior victim of violence, head injury." Mr. Peralta-Mera was taken to Southampton Hospital, which transferred him immediately to Stony Brook University Hospital for surgery. He is reported to have been discharged on Friday.

Mr. Streep is the son of Dana Streep and a grandson of former Secretary of the Treasury William E. Simon. Mr. Jensen described him as 5 foot 11 inches, with light hair, wearing, at the time of the incident, shorts, a white T-shirt, sunglasses, and a cap. A 2007 graduate of New Canaan High School in Connecticut, he played lacrosse at the Loomis Chaffee School in Windsor, Conn., and then at Bucknell College before transferring to the University of Virginia.

He lives on Prince Street in Manhattan. East Hampton Justice Court records indicate that his income for the past year was listed as $0. At his arraignment last Thursday, he told Justice Steven Tekulsky that he works "in finance." The court released him on $5,000 bail with an order to appear at a later date.