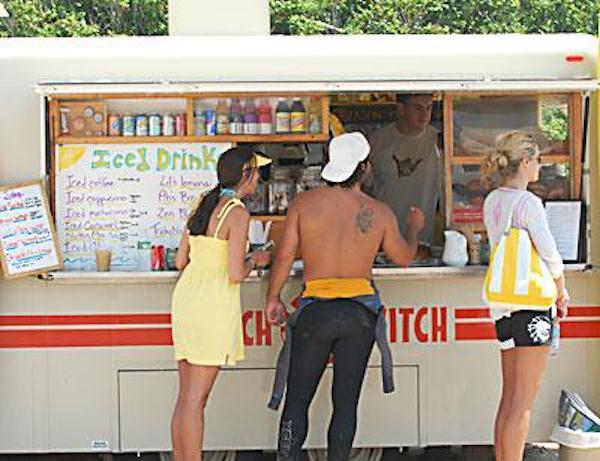 The Ditch Witch food trailer as seen in 2012.
Morgan McGivern
By Bella Lewis

This week someone broke into and vandalized the stalwart Ditch Witch trailer-kitchen, situated just off Ditch Plain and Otis Roads in Montauk. "It was left locked on Aug. 3, and then on Aug. 5 the owner returned at 6:15 a.m. and discovered there had been a break-in," according to Detective Sgt. Daniel Toia of the East Hampton Town police.

"We've been here 26 years and nothing of this nature has ever happened," the business posted on its Instagram account. "We were broken into, our Plexiglass barriers were smashed, our cash register broken open and destroyed."

Ditch Witch, which is owned by Grant and Abby Monahan, was not open yesterday, the Instagram post goes on, because staff were cleaning and setting up the space. A shared picture showed a rummaged-through and destroyed interior, with a toppled cash register on its side, the receipt spool unfurled.

Because the incident is under investigation, Detective Toia said, there would not be much information released. Police confirmed that the thieves took U.S. currency. "The one thing stolen from us that is somewhat recognizable is every two dollar bill we have ever received in 26 years," the business's post elaborated.

Ditch Witch asked the public to be on the lookout for anyone paying in $2 bills.

"The lack of respect in Montauk right now for local business owners is ridiculous. . . . We are dealing with running businesses safely due to Covid-19, but now we have to deal with this nonsense."