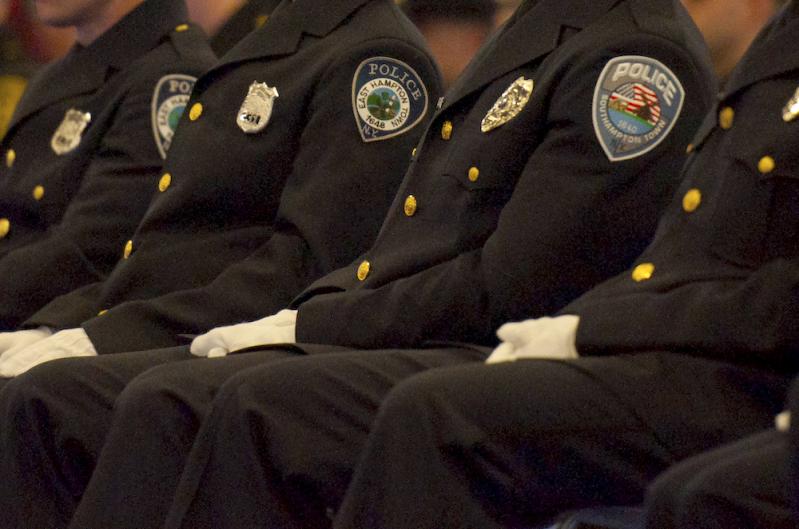 Saying that "there is more to do and New York will lead the way," Gov. Andrew M. Cuomo has signed into law a series of reforms to law enforcement regulations and practices that are meant to promote fairness and racial equity in policing.

Governor Cuomo's signature on the reforms, which were expeditiously passed by the State Senate and Assembly after the new sessions began last week, means New York is among the first states in the country to take formal action in light of the killing of George Floyd, an unarmed black man, in Minneapolis by a white police officer on May 25.

In a legislative package signed on Friday, which the governor called the Say Their Name agenda, New York banned officers from using chokeholds, prohibited false 911 calls that are based on someone's race, and made the state attorney general the independent prosecutor in killings of unarmed civilians by police. The new legislation also ends a statute known as 50-A, which had previously made disciplinary records of police officers, corrections and probation officers, firefighters, and other first responders "confidential and not subject to inspection or review without the express written consent" of that individual.

Governor Cuomo also said Friday that he planned to mandate that local police departments "develop reform plans with community input in order to be eligible for state funding." If agencies do not do so by April 1, 2021, they will not receive state money.

On Monday, which he described as "day 22 since we've been dealing with the civil unrest since Floyd's murder," Governor Cuomo added three more measures into the mix.

One will require officers to report any weapons discharge within six hours. Another will mandate that police departments and courts track race and ethnicity in all arrest data, and a third will require the police to "provide mental and medical help for any person under arrest or any person in custody when they require it."

In his address on Friday, Governor Cuomo had thanked activists, advocates, and protesters who spoke out on the issue and "demanded justice in the last week." He added on Twitter, "Your voices brought real change."

Local police leaders this week responded to the reforms by saying they were on track for compliance because many progressive policies and resources are already in place.

East Hampton Town Police Chief Michael Sarlo said his officers began anti-bias training in 2015, and that they take annual courses in mental health first aid, responding to emotional crises, prescription drug abuse, domestic violence and family support, social media investigations, and others. "Use-of-force reporting [and] accountability for complaints" are already policies. He said the department is looking into funding to reinstate its Citizens Police Academy "in hopes of creating a broader understanding of the scope of law enforcement responsibilities and training from leaders and concerned citizens in our township."

"Our agency has always been at the forefront of engaging the community, listening to their concerns, sharing information regarding our training and protocols in efforts to build better trust and understanding between our officers and the citizens we serve," Chief Sarlo said, also citing having "local representatives of minority communities, the Retreat, and local clergy in for meetings with command staff as well as participate in training sessions in diversity and awareness of law enforcement issues affecting those populations."

In a statement, Southampton Town Police Chief Steven Skrynecki said the department "continually works to improve and modernize. We invest in public outreach on many levels, cooperative community policing, and internal management that includes anti-bias training and de-escalation on a regular basis. We are well prepared to meet the suggested standards, if not there already."

East Hampton Village Police Chief Michael Tracey said yesterday he felt law enforcement hiring practices needed to be changed, too. Right now agencies must hire from among the top three candidates who have passed the test and earned spots on the Civil Service list. As a consequence, interviews by the hiring departments do not have as much weight as they should.

Chief Tracey suggested that small departments should be able to have more local control. He said East Hampton Village has excellent officers, but generally "sometimes the rule blocks you from getting the most suitable candidate" for your community. "One goal might be down the line to look at how teachers are hired and implement something similar."

Of the governor's reforms, Chief Tracey said, "A lot of it is very broad. It's a start . . . a lot more guidance is going to have to come from the state."

Sag Harbor Village Police Chief Austin J. McGuire said the reforms codifed many practices already in place, but that many policies and procedures were being continually updated after largely being written in the 1980s. "It's a move in the right direction," he said. "That being said, many of these things we already do. I'm wondering where in the state that doesn't happen. . . . But it's a constant work in progress. We're always striving to do better."

Assemblyman Fred W. Thiele Jr. voted in favor of the legislation. "At the heart of this legislative package is transparency and accountability. As Justice Brandeis said more than a century ago, 'Sunlight is said to be the best of disinfectants,' " Mr. Thiele said in a statement.

He said racism "has challenged the promise of America since its inception. It is uncomfortable to discuss, but cannot be avoided. This is not a police problem. This is an American problem. The police, like all of our institutions, are not separate from us, but they are a reflection of us. We must excise racism from our midst so that trust is restored. The great contributions of so many in law enforcement to our community should not be obscured by the corrosive effects of bigotry."