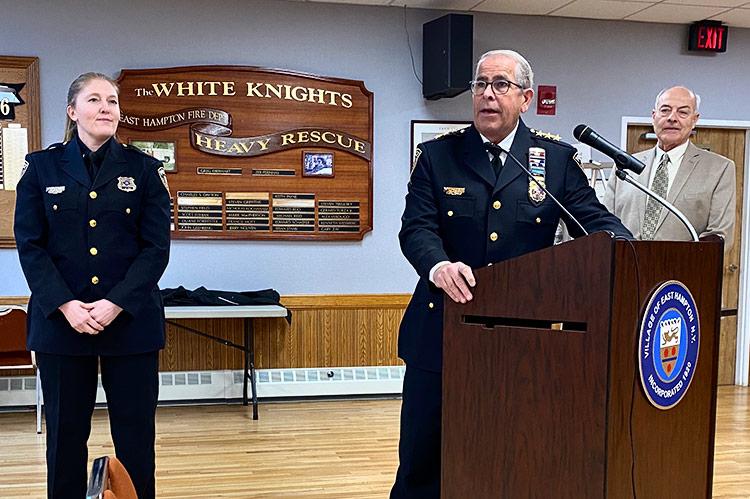 The East Hampton Village Board approved the promotion of Jennifer Dunn, a police officer, to detective 3rd grade last Thursday.

“Jen started with the village in 2006 as an emergency dispatcher. She distinguished herself there, and then moved on to become an officer with the Village Police Department in 2013, where she continued to distinguish herself,” said Mayor Richard Lawler. “Today is a very special day for the village.”