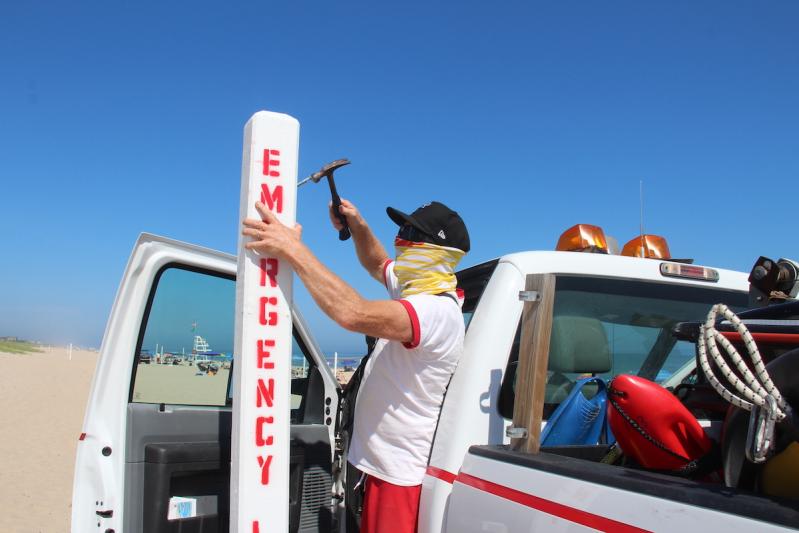 "It was a very different summer," said John Ryan Jr.

Covid ensured that there were indeed unprecedented logistical differences, but nothing about the commitment of East Hampton Town's lifeguards had changed.

Mr. Ryan was impressed with Julia Erikson, Hannah Medler, and Manny Vilar, three rookie guards who saved three people from drowning, at — of all places — a bay beach, the one at Maidstone Park. "One out of a hundred, not gonna happen at the bay," he said.

It did, though. Luckily, the three first-year lifeguards arrived at 10 a.m., spotted the trio in trouble, and made the save at 10:15. They even remembered to radio in for backup, Mr. Ryan said, just in case. "What first-year guard remembers to do that?"

The one who made the call apologized afterward, for calling him when it turned out they didn't need the Jet Ski. "It's the best thing you could have done," Mr. Ryan replied.

Another impressive rescue involved two teenagers in kayaks, neither wearing a life jacket, who got sucked out to sea late in July, a quarter-mile offshore from Atlantic Avenue Beach in Amagansett. "They were a speck — you couldn't see them on the binoculars. They were heading to Florida," Mr. Ryan said.

Lifeguards and other ocean rescuers also grappled with two tragic losses: a drowning in Fort Pond in Montauk in July after a man went missing from a small rowboat, and another at an unguarded beach on Napeague in August.

Guards keeping the summer crowds within mandated Covid-19 numbers at the Indian Wells Beach parking lot also gave it their all. Two of them passed out from heat exhaustion; one had to be taken to Stony Brook Southampton Hospital for treatment.

And then there was the Sag Harbor Cove Yacht Club save, in which six employees of the club risked their lives for a family from Brooklyn who were about to go under.

"As a lifeguard, you have to make a decision," said Mr. Ryan. "If you don't feel like a kid is safe in the break, you have to put your hands on them."