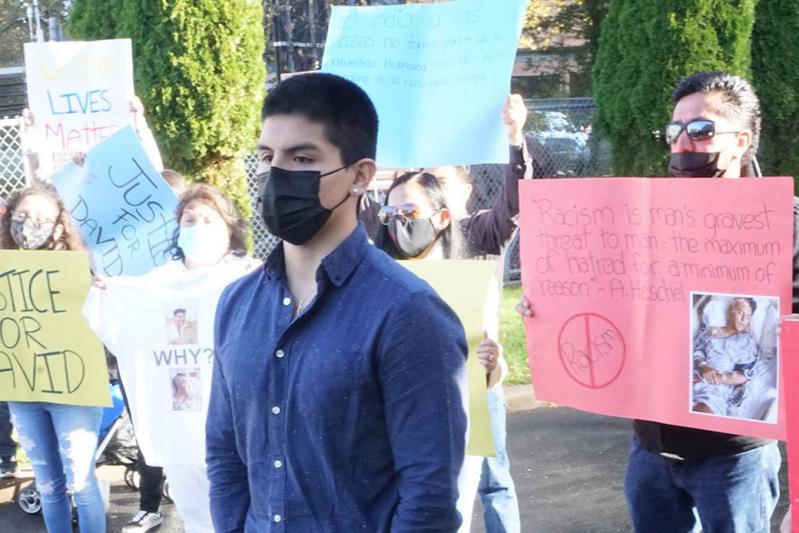 Mr. Mastro, who co-chairs the Hamptons International Film Festival with Alec Baldwin, has requested a stay of proceedings while the criminal case is pending. Late Friday night he requested a change of venue from the New York City court where the civil case was filed last month to Suffolk County, citing "convenience." Mr. Streep, 31, lives in SoHo; his family has a house on Pondview Lane in East Hampton Village. He is a nephew of the actress Meryl Streep.

Edmond Chakmakian, Mr. Peralta's attorney, is opposing the change in venue on the grounds that three witnesses to the incident, which occurred in August in the Chase Bank parking lot, live in the city and might have trouble coming out to Riverhead. In addition, he said, "I want it in New York County because I think New York County is ethnically diverse. Nothing against Suffolk; I'm not saying he wouldn't get a fair trial there."

Whereas criminal court judges can send people to jail, in civil court monetary damages are at the heart of the matter. Mr. Chakmakian is seeking both compensatory and punitive damages. Mr. Peralta, 18, underwent emergency brain surgery and to date has accrued medical bills nearing $100,000; a GoFundMe page has raised some $37,000 of that sum.

East Hampton Town police apprehended Mr. Streep after obtaining surveillance tapes of the Aug. 23 incident. Footage showed snippets of Mr. Peralta and Mr. Streep grappling on the ground for about five seconds. The Suffolk District Attorney's office did not find that the video evidence proved Mr. Streep's "intent to cause serious injury," which would have justified the felony charge.