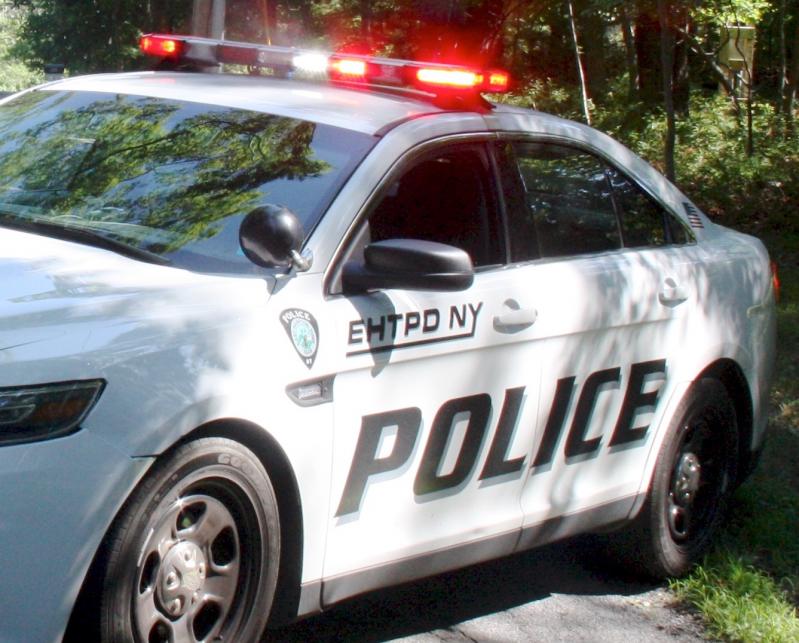 The East Hampton Town Police Department has received a donation to pay for a simulator.
Durell Godfrey
By Christopher Walsh

The East Hampton Town Board was expected to vote Thursday to accept a donation to the Police Department of approximately $53,000, which will be used to purchase a firearms training simulator.

Chief Michael Sarlo told the board on Tuesday that the simulator will allow officers to safely train in virtual, interactive scenarios at department headquarters. He described a large, screen-based system that interacts with an officer's use of a simulated taser, mace, or firearm in scenarios that can play out in myriad ways based on how the officer interacts and responds. Honing skills like de-escalating and resolving situations with the least amount of force possible are goals of the training, he said.

Simulations can be videotaped so officers can view and critique their performance.

"With what we're looking to do to have officers understand de-escalation," the chief said, the simulator will be a considerable help. This year has seen many protests against police violence following multiple incidents.

"Our training staff and senior staff thought, given the current climate . . . this would be the best item we could get for our department at this time. Not only for our officers; we feel members of the community will benefit."

The donor wished to remain anonymous, the chief said. The town board voted last year to accept another anonymous donation, a BearCat tactical response vehicle.

Trees, Wreaths for Sale in Amagansett
Holiday Cheer Is Coming to Sag Harbor
Even More Thanksgiving Options From the Pike and Old Stove
END_OF_DOCUMENT_TOKEN_TO_BE_REPLACED