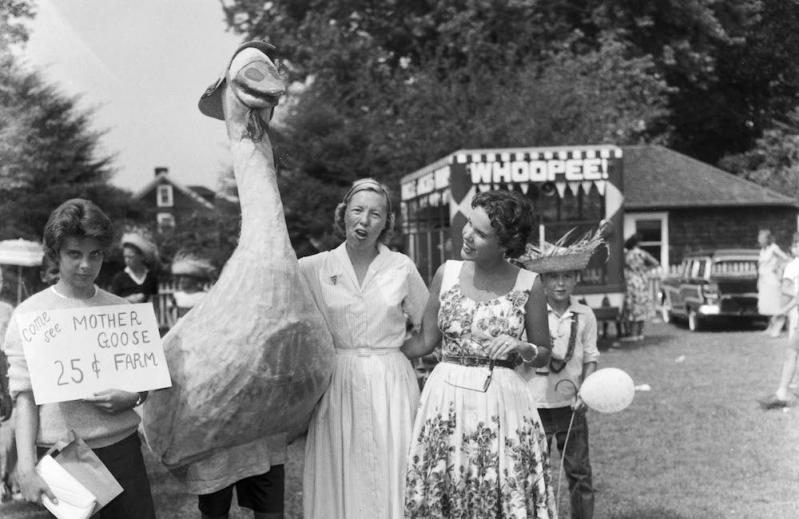 When I was very small I had a conception of the calendar year as a wheel, with different hues in sections at the end of spokes — a wagon wheel, a View Master card, a color wheel: There was a pale yellow chip in the hottest height of summer (which was actually at the bottom of the wheel), shading to a chip the color of the Marvin Gardens card from Monopoly, in what would be late August, rolling next to a shade of fleshy apricot and then to stronger oranges in October, and an oxblood-red by Thanksgiving. The violets and blues were at the top, in the icy months, and there were various greens, of course, in spring.

I’m not sure what made me think of time as a wheel, when I was all of 4 or 5, but it may have had something to do with a book by Tasha Tudor called “Around the Year,” which featured cheerful illustrations and poems for every month on the calendar, from jolly sledding excursions in winter to sunny picnics in summer, apple picking in autumn, and around and around again. The wheel gives you something to always look forward to — rituals and holidays. I did and do love everything about holidays, from the wrapping and caroling and cookies of Christmas to the punch bowls and paper hearts of Valentine’s Day (even though I’ve never quite successfully been on the receiving end of heart-shaped boxes of chocolates).

I held the image of the calendar wheel, somewhat incongruously, in my brain’s mental filing box alongside a similarly wheel-shaped plastic toy called a See and Say, which produced different barnyard sounds depending on which part of that wheel the mechanism was pointed to. Next week, the downslope of July, is palest butter yellow, with a rooster cock-a-doodle-doo.

My favorite day of the calendar year when I was a kid was not Christmas or Halloween or my birthday, but the last Friday in July — which was then, and had been for many decades, Fair Day for the Ladies Village Improvement Society of East Hampton. I am a middle-aged lady now, the parent of a bona fide teenager, and Fair Day has long since moved to the last Saturday of the month, but I still bounce out of bed that morning with a bubbling feeling of very childish excitement.

There will be no L.V.I.S. fair next week, for obvious reasons. I think it is this lack of seasonal ritual that accounts for the sense of monotony and disorientation many of us are experiencing. We miss the landmarks of the year, the communal corned beef on St. Patrick’s Day, the graduation march. Even if we claim to loathe these time markers, well. . . what is there to look forward to?

The L.V.I.S. fair used to be held at the Mulford Farm, and I have to admit I much preferred that location. I’m still ever so slightly bitter that the fair moved to the grounds of the Gardiner “Brown” House —decades ago — and became a tad more sophistiqué. For one thing, Mulfold Farm, with its barns and back field, allowed for a larger kiddie zone, which still beckons to me as the best treat ever. I wonder where all those old-fashioned wooden booths went. Who remembers the post office game, with each box opening to reveal a prize? The stall filled with hay, with prizes like buried treasure? Can I be the only person who remembers the perilous, treetop jungle-walk that was strung up, incredibly, along the south side of the property line, to give wannabe Tarzans and Janes a dizzying thrill?

But my favorite attraction on my favorite day of the year was the Mystery Booth. The Mystery Booth is gone now — subsumed, I gather, by the more lucrative silent auction. What happened at the Mystery Booth was that you browsed through a tantalizing array of gift-wrapped presents and bought as many as you liked as gifts for yourself. What you found inside might be a fabulous strike of gold, or something humorously inappropriate to your personal taste. One summer, when I was a postcollegiate nonconformist with a shaved head, I unwrapped a gift certificate for a haircut at Special Effects. Once I unwrapped — I swear this is true — a vintage 1950s electric “massager” with an unmistakable phallic shape, still in its original box. (My Aunt Mary and cousin Cleo and I — also lifelong Mystery Booth devotees — had a good chuckle trying to imagine what the L.V.I.S. volunteer was thinking when she wrapped that!)

The rest of 2020, and the winter of 2021, appear in my mind’s eye in blanched-out colors. Hope is sinking that there will be any jolly cookie exchanges in December or Japanese osechi gatherings on New Year’s Day. I’m having a bit of a hard time coming up with a moral to this story, other than an admonition for everyone to slap the mask back over their mouth, stop going to the speakeasy-style parties that Vogue magazine claims are carrying on in secret behind high privet hedges, and hunker the heck back down. I’m marking my calendar for Easter, 2021. Egg hunt at my house.