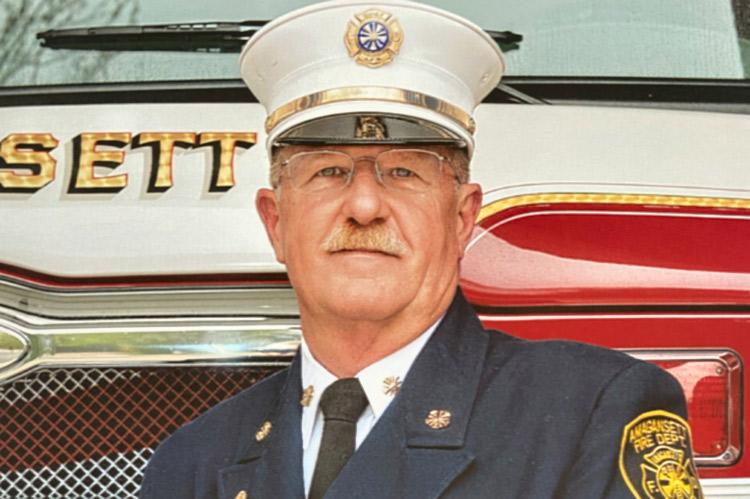 Dwayne A. Denton, a decorated volunteer firefighter who served the Amagansett Fire Department for 33 years, died at home of cardiac arrest on April 8. He had been ill for about a month with lung cancer. He was 61.

In addition to his many contributions as a firefighter, department chief, and fire district commissioner over the years, Mr. Denton worked as a fire marshal with East Hampton Town. He was first hired part time before the position became full time about five years ago. Earlier this year, in February, he earned a Level II credential as a New York State fire investigator.

A lifelong resident of Old Stone Highway in Amagansett, Mr. Denton was a graduate of the Amagansett School and, in 1978, East Hampton High School.

He was born at Southampton Hospital on Sept. 18, 1960, to Robert Eugene Denton and the former Ruth Ann Lester.

Before becoming a fire marshal, Mr. Denton was a private contractor with Robert E. Denton and Son. He passionately pursued woodworking as a hobby, but “spending time with his family was his true love,” his family wrote.

A firefighter’s memorial service was held on April 11 at the Amagansett Firehouse, followed by a graveside service on April 12 at Green River Cemetery in Springs.