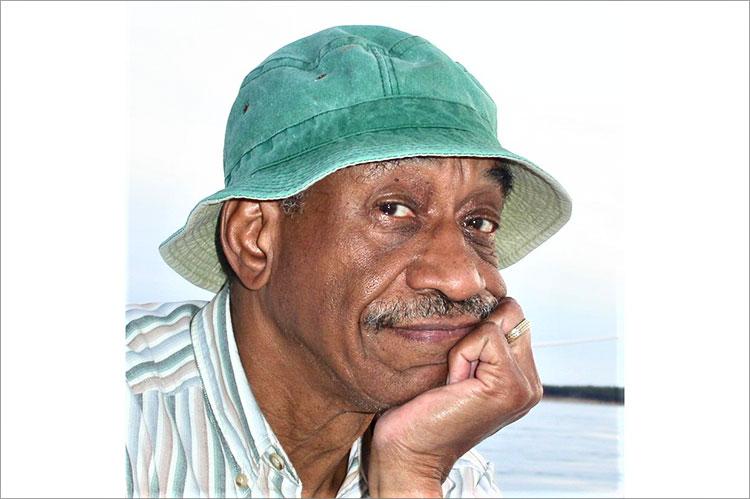 When William J. Davis was a student at DeWitt Clinton High School in the Bronx in the 1940s, his shop teacher "suggested to him early on that, as he was not that good with his hands, he had better study hard and learn something else," his wife, Georgia Hinde, recalled. "He did just that, and he did it very well."

It was a story that Mr. Davis, who would go on to become a New York State Supreme Court justice, told often.

Mr. Davis, who split his time between East Hampton and Manhattan, died last Thursday at Stony Brook Southampton Hospital after a long illness. He was 88.

Born in Concord, N.C., on Oct. 19, 1932, to Robert Davis and the former Margaret Nance, Mr. Davis was an only child. He moved with his parents and grandmother to Harlem in 1939 and was a diligent student, graduating from DeWitt Clinton, City College, and Brooklyn Law School.

He was married while still in law school, and he and his first wife, Erica Davis, raised their son, Stuart, in New Rochelle, N.Y. Mr. Davis opened a small law practice in 1959 and maintained it even after going to work for state and federal housing agencies. He was with the New York State Urban Development Corporation in the 1960s and the United States Department of Housing and Urban Development from 1970 until 1981, ultimately holding the position of regional director of community planning and development.

In 1981 he was appointed to serve as a judge in the New York Criminal Court. He was twice elected to the State Supreme Court, in 1986 and 2000, and served on the Appellate Court until his retirement in 2008. He continued his public service after that, first as a commissioner to the New York State Crime Victims Board and ultimately as a judicial hearing officer in Brooklyn Supreme Court.

After his first marriage ended, Mr. Davis sailed his beloved boat, Uhuru, to the East End in 1979, "arriving safely in Three Mile Harbor even after a severe storm forced him to cut down his foresail," his wife wrote. The harbormaster at the time, Ralph George, asked him what he had been doing sailing in such bad weather. He "just laughed and answered that it hadn't been so bad when he left," Ms. Hinde wrote. "Bill had an infectious laugh, and a wonderful sense of humor."

He and Ms. Hinde met the following year and enjoyed annual sailing trips to Block Island, sunset sails in Gardiner's Bay, "and everything else" they did together "for more than 40 years," she said.

They lived in Springs and after their marriage on Nov. 27, 1991, built a house in Northwest Woods, where Mr. Davis resumed his interest in winemaking. The couple welcomed visits from Ms. Hinde's sister and brother-in-law, Jan and Arnie Fortune, almost every summer, and enjoyed the company of many other friends over the years.

Over the past three years, Mr. Davis spent the majority of his time at home, enjoying long walks with his friend and devoted companion, Nana Edu-Egyei, and the cats, birds, fish, and wildlife he cherished. He also spent many a pleasurable Sunday afternoon with a "dear friend, Christine Cullum, sharing stories, laughter, philosophies, and hugs over glasses of wine," his wife wrote.

Mr. Davis's favorite aunt, Janet LeGendre, died before him. His son, Stuart Davis, died in 2016. In addition to his wife, he is survived by two grandchildren, Brandon and Braylyn Davis, and their mother, Wanda Davis, and by many other dear friends and colleagues.

"To pay this good man a bit of the tribute he deserves, we ask all who knew Bill to raise a glass of wine to his memory and to his peaceful and contented rest after a long, full, and distinguished life," his wife wrote. "May his spirit be lifted by the same winds that once filled his sails."

Mr. Davis was cremated, with his ashes to be spread in Gardiner's Bay. His family has suggested contributions to Elsa's Ark, P.O. Box 2900, East Hampton 11937.