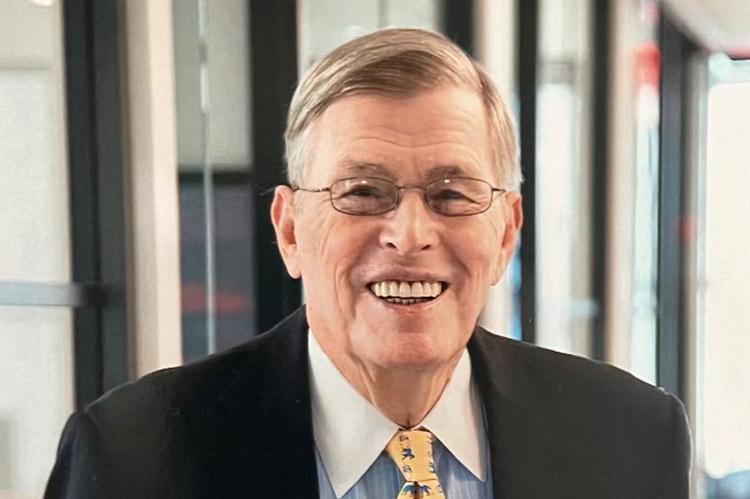 Allan Paul White, a longtime resident of East Hampton, died on Dec. 23 at Good Samaritan Hospital in West Palm Beach, Fla., not far from his winter residence in the village of Wellington. A cardiac event just before Thanksgiving had occasioned a brief stay in New York Hospital, and Mr. White, who was nothing if not determined, insisted upon going to Florida soon after as planned. Within a week of arrival, he was hospitalized, and died a week later, surrounded by family, on the 49th anniversary of his marriage. He was 81.

A 1962 graduate of New York University, and of N.Y.U. Law School in 1966, Mr. White founded his own firm, White Fleischner and Fino L.L.P., in the mid-’70s, specializing in insurance defense litigation. He became a recognized authority in the field, and was sought out by Lloyds of London to work with its American syndicates, with clients nationwide. He was in the office as recently as two months ago, his family said.

Mr. White and Gaylen Campbell were married at the Plaza Hotel on Dec. 23, 1972. The next year, they bought a house on Gilbert’s Path in the Amagansett dunes. Both were ardent tennis players — they’d met on a court in Puerto Rico — playing at first at the old Bayberry Club in Amagansett and later at the East Hampton Tennis Club.

About 30 years ago, when tennis grew more challenging, the Whites took up golf, joining Amagansett’s South Fork Country Club. The club became “the focus of our friendships in the community,” said Ms. White. Over the years, the number of their friends was legion. Since her husband’s death, she said, “I have had well over 150 emails.”

“From a very young age, my father possessed a passion for living that was unparalleled,” said his daughter, Elisabeth White, speaking at his outdoor funeral Tuesday afternoon at the Jewish Center of the Hamptons. “He sought out people and experiences as a parched man seeks water. He was a master at building relationships, gaining people’s trust, generating enthusiasm.” For her mother and herself, she said, “he was a source of strength, positivity, and optimism.”

Another speaker, Mr. White’s closest friend, David Hillman of Amagansett, said he was “always there for others. Seek advice, he was there; need emotional support, you could count on Allan; a favor — never a question, and always in confidence.” Mr. White, he added, was also “a creature of habit like no one else I know.” They would meet in the city: “same day, same place, same time, and, for Allan, always English breakfast tea and a croissant.” At the golf club, “diet Coke, no lemon, no ice.”

In 1990, the Whites moved from Gilbert’s Path to Hither Lane in East Hampton. Both father and daughter had taken up riding together, at Stony Hill Stables in Amagansett, and become serious about it. “We started spending winters here for the riding, and it was cold in the dunes,” Gaylen White said of the move.

When the two riders began competing in horse shows, the couple bought their house in Wellington, which is known for its equestrian community and for hosting the Winter Equestrian Festival, said to be the largest and longest-running horse show in the world. Riding, said Elisabeth White, became her father’s primary sport. Together, they competed in the Hampton Classic and on the Long Island and Wellington circuits. He rode hunter jumpers at first, “until we felt jumping was too dangerous.” Then he switched to dressage, “and became an extremely accomplished dressage competitor.”

“He was the most involved and present horse show dad one could ever have asked for.”

Mr. White was born on Dec. 15, 1940, in Jamaica, Queens, the son of Harry White and the former Judith Sherman, and grew up there. His wife said he had been diagnosed with congestive heart failure many years ago, but defied all gloomy prognoses, “living life to the fullest, enjoying himself every day, with gusto and strength.”  He was a dedicated member of the Jewish Center for over 40 years, she said. “It was very important in his life.”

In addition to his wife and daughter, who with her husband, Trevor Smith, lives in Manhattan, Mr. White leaves a sister, Phyllis White, also of Manhattan.

Tuesday’s service, which was both in-person and streamed, was followed by burial at the center’s cemetery, Shaarey Pardes-Accabonac Grove in Springs.