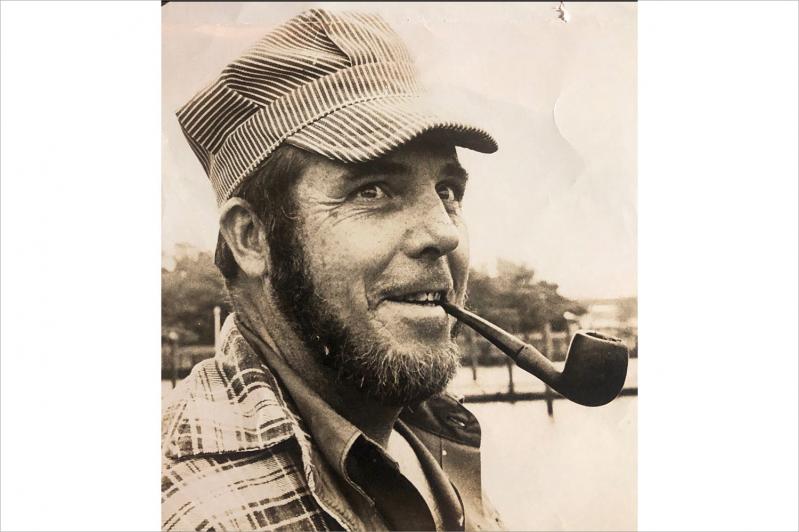 Scott R. Bennett, an Amagansett resident and longtime commercial fishing captain, died at home on Feb. 25 after being ill for several years with multiple afflictions. He was 81.

Proud of his deep East Hampton roots, Mr. Bennett traced his ancestry back 13 generations to learn he was a descendant of families who arrived here in 1635 on a ship with Lion Gardiner.

Over the years he owned fishing vessels that operated out of Montauk, including the Mary B, Judy Betsy, and the Seafarer, and mentored many younger fishermen. He later had a career as a supervisor with the East Hampton Town Parks Department.

Born on July 16, 1938, at Southampton Hospital, Scotty Bennett was the only child of Adrian C. Bennett and the former Isabelle C. Anderson. He was raised on McGuirk Street in East Hampton Village, and graduated in 1956 from East Hampton High School, where he played on the school's undefeated football team and was voted “most sincere” by his classmates. He and his teammates were later inducted into the high school’s athletic hall of fame.

In 1961, Mr. Bennett was drafted into the Army, and was stationed for two years as a military police officer in Kassel, Germany. After arriving home, he bought his first dragger, the Mary B, and soon after, in January 1964, he married Judy A. Vorpahl.

She survives, as does a daughter, Betsy A. Hughes of Amagansett, and “four grandchildren whom he loved with all his heart,” Bradley, Kailey, Brendan, and Madison. He went to their games and dance recitals, took them clamming, took them for visits to the firehouse, and led them on many other adventures.

In addition to his careers with the town and in the fishing industry, Mr. Bennett was a 33-year volunteer for the Amagansett Fire Department as a member of the fire police company and as an ambulance driver. He was also a town trustee for a time, and served as president and board member of the Long Island Fishermen’s Association.

His family said he “had a story for everything.” As one tale goes, Mr. Bennett survived a winter northeaster aboard the Judy Betsy with three other boats. Their return took 36 hours. “Poppop was a humble man, but we were told those boats may not have made it back had it not been for his expert navigational skills,” his family said. He and his crew “worked hard, and played even harder.”

Mr. Bennett loved animals, and was known to care for and feed feral cats, deer, turkey, and other creatures. He was also a prankster with “an unmatched sense of humor.” He enjoyed drinking coffee and sharing stories with other members of the Amagansett Fire Department, and loved shucking corn at the department’s annual chicken barbecues.

“He had an incredible heart and spirit,” his family said. “He was a tremendous human being and truly one of a  kind.”

Services for Mr. Bennett were held on Feb. 29. He is buried at Cedar Lawn Cemetery. The family has suggested memorial donations to the Amagansett Fire Department ambulance squad, P.O. Box 911, Amagansett 11930, or to East End Hospice, P.O. Box 1048, Westhampton Beach 11978.