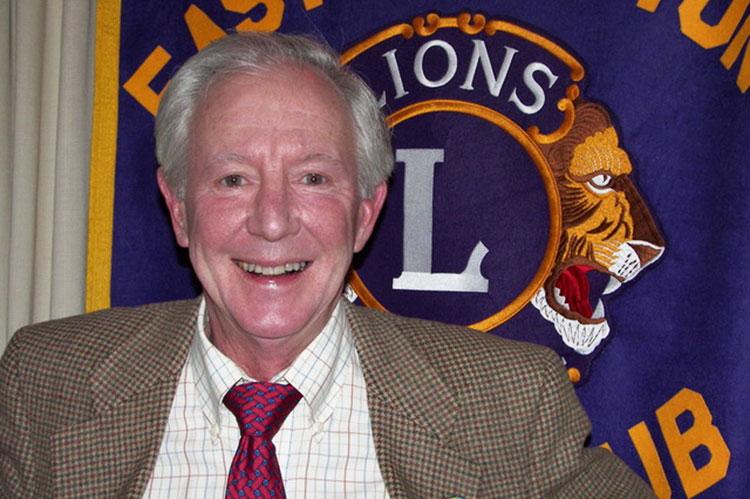 Called Bob, he "was known as much for his community service as for his affability, courtesy, and impish humor," his friend Julia C. Mead wrote. "A cultivator of friendships that crossed class and political divides, Mr. Schaeffer delighted in bringing together blue-collar workers and blue bloods, Democrats and Republicans, farmers and financiers, and conversing with them on all manner of subjects."

"Bob was an Algonquin round table; he attracted so many people and really cherished friendships," said Rebecca Chapman, a philanthropy adviser whom Mr. Schaeffer befriended on the Hampton Jitney and remained close with for 22 years. "He could talk to everybody and liked everybody and found the good in everybody," Ms. Chapman said.

Over the years Mr. Schaeffer could be found most late afternoons at what was then Nichol's in East Hampton and more recently at Bobby Van's in Bridgehampton or the Highway Restaurant in East Hampton, always encircled by a half dozen or more friends. "He was a good friend and they were good to him too," Ms. Chapman added. "They would do anything for each other."

"People were drawn to him because, when you spoke to Bob, he was listening," said Peter Honerkamp, an owner of the Stephen Talkhouse in Amagansett. "He would remember things people said to him, would work that into later conversations, and he was very good at spreading the compliments around. He made everyone feel important." He added: "He knew a lot about a lot of things. And things that interested him, like the British royal family, he knew everything."

Once cancer and the Covid-19 pandemic combined to confine Mr. Schaeffer to his house in Wainscott, it became a gathering place. One friend delivered his mail and a box of chocolates. Others came to discuss the news, books, or tennis. A few more popped in at 7 p.m. to participate in his longstanding ritual of watching "Jeopardy."

Born on April 3, 1944, in Warren, Pa., he was adopted days later by Lee Martin Schaeffer, an electrical contractor, and Imogene Reynolds Schaeffer, a homemaker. He joined a brother, Tom Schaeffer, who was 4 and a half. While attending Washington and Lee University in Virginia, working toward a degree in literature, Mr. Schaeffer spent semesters studying at Freie Universitat in Berlin and the Sorbonne in Paris. Soon after graduating from college in June 1966, he married Rita Childers.

A month later he enlisted in the Army and completed the Army's Artillery and Missile School at Fort Sill in Oklahoma. The following year, he completed Officer Training School there. He was trained as a field artillery operator, a maps draftsman, an intelligence assistant, and in chemical, biological, and radiological defense. He earned the Army Commendation Medal, National Defense Service Medal, Good Conduct Medal, and a Sharpshooter Medal before being honorably discharged in 1969.

Pursuing a career in the travel industry, Mr. Schaeffer began as a managing and contributing editor to various trade and airline magazine publishers, then was an account supervisor at the Burson-Marsteller ad agency, representing the Indian government's tourist office and the Mandarin International Hotel Group. In his international travels, Mr. Schaeffer also represented major industrial clients, among them Gulf Oil, Pitney Bowes, and Bethlehem Steel.

He became the marketing director of The Leading Hotels of the World in 1981 and helped champion the company's expansion to some 200 first-class establishments on five continents. "Reaching the executive level allowed him to travel all over the globe," said David Doty, a longtime friend and now a digital advertising consultant and columnist for Forbes.com. "Bob was well known in that world. He had a lot of friends, knew all the top travel writers and editors at the glossiest publications. He was an influential person, part of the innermost circle."

In the mid-1970s, Mr. Schaeffer befriended Frederick Rutledge Smith, a well-known magazine writer and editor. Two decades before, Mr. Smith had created the first swimsuit edition of Sports Illustrated, where he was a founding editor.

After Mr. Schaeffer and Ms. Childers were divorced in 1976, he and Mr. Smith became close. Eventually, Mr. Schaeffer was spending weekends and summers at Mr. Smith's house in Wainscott. They enjoyed a posh and active life, which included frequent travels and tennis as well as skiing.

"Every March, Bob had to go to the World Travel Market in Berlin and afterwards I would meet him for a week or two of skiing in Wengen, Gstaad, Zermatt, or Courchevel," Mr. Smith wrote in his 2009 memoir.

In 1987, when Mr. Smith was president of East/West Inflight Magazine Network, Mr. Schaeffer came on as vice president for sales and marketing, a position he held for six years. By 1995, the couple were living in Wainscott year round, Mr. Schaeffer working for a time as an editor at The East Hampton Star and later penning a Wainscott column for The East Hampton Press.

Community service became the passion of his retirement. In 2008, he joined the East Hampton Lions Club, throwing himself into its charity efforts, including chairing the annual barbecue and organizing its blood drive. Elected president in 2014 and 2015, Mr. Schaeffer received the Robert Uplinger award in 2016 for his dedication to the club, only the third person to receive it in the club's 70-year history. He remained active in the club until his death. "Before he was even the president, he was our ambassador," said Tina Piette, a longtime friend and his successor as club president. "He was always recruiting new members, bringing people together."

Both he and Mr. Smith volunteered with the Peconic Land Trust. Mr. Schaeffer also became involved in local politics, joining the town Democratic committee and hosting meet-the-candidates and fund-raisers. Later, as co-chairman and even after he left the committee, he helped steer many candidates to success at the polls. After control of the town board shifted to Republicans, members of the incoming majority began seeking his friendship and counsel, too.

"He was passionate about his causes but he fit in everywhere," said Ms. Piette, who is active in Republican politics. She added that Mr. Schaeffer often invited her to the Democrats' annual holiday party and she in turn invited him to the Republican do. "He could go anywhere and everywhere. He transcended every situation -- such a gentleman, and so witty, and fiercely intellectual."

"He was a friend, a confidant, somebody who cared about East Hampton," East Hampton Town Supervisor Peter Van Scoyoc said last week.

In 2006, Mr. Schaeffer resigned his seat on the Democratic committee to accept an appointment to the town planning board. He was named the board's vice chairman in 2008, became acting chairman in 2010, and remained a member through the end of 2015. "He always looked at the applicant's point of view and at the community's. And he did it with humor and not any kind of rancor," said Councilwoman Sylvia Overby, a Democrat who served on the planning board with Mr. Schaeffer.

Mr. Schaeffer is survived by his brother, Tom Schaeffer of Erie, Pa., and by two nieces and a nephew and six great-nieces and nephews. He is also survived by seven of Mr. Smith's nieces and nephews and their 13 children. His close circle of friends on the South Fork, a second family of sorts, included Carole Diederiks Brennan, Rob Aldrich, Andy Babinski, John and Gloria Frazee, Ms. Piette, Ms. Mead, Aquin Medler, Mr. Honerkamp, Ms. Chapman, Mr. Doty, Thomas J. Clavin, and Doug Kuntz.

Mr. Schaeffer was cremated. His ashes will be interred at St. Ann's, in a columbarium designed by Mr. Smith and where Mr. Smith's ashes were placed as well. Memorial donations have been suggested to the East Hampton Lions Club at easthamptonlionsclub.com.