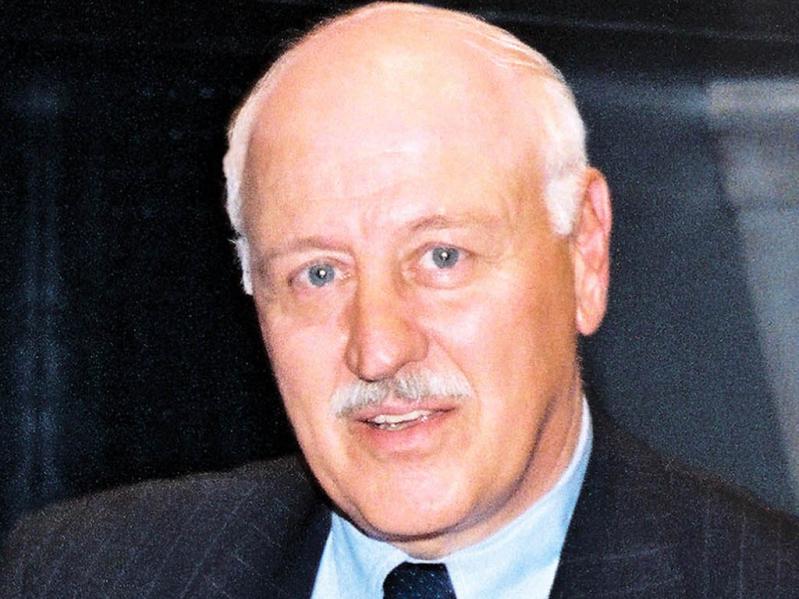 State Senator Kenneth LaValle, who will be 81 in May, will retire this year after serving the First District since 1976, he announced on Friday at a waterfront gathering in his hometown of Port Jefferson.

“A famous proverb teaches us that ‘a journey of a thousand miles begins with a single step,’ ” Mr. LaValle said. “Your support from the beginning of my tenure allowed me to take that first step. But just as every journey has a beginning, it must also have an end, and today it is with a tremendous sense of pride and accomplishment that I am announcing that I will not seek reelection in 2020.”

Three Democrats have stepped forward to seek the Republican’s seat, including Tommy John Schiavoni of North Haven, Laura Ahearn of Port Jefferson, and Skyler Johnson of Mount Sinai, but no one from Mr. LaValle’s own party has publicly voiced interest yet.

Mr. LaValle’s district runs from Montauk to parts of Brookhaven Town, which he called “one of the largest and most beautiful Senate districts in the state.”

“The true beauty of this district lies in the heart of its people,” he said. “I have been privileged to represent these hardworking, impassioned, and compassionate individuals, who have stood side by side with me to ensure that we preserve our quality of life and advance the goals so important to individuals and families in our region.”

In 1993, Mr. LaValle authored legislation that secured preservation of more than 100,000 acres of the Pine Barrens. Among other things, he helped establish a burn unit at Stony Brook University Hospital, and helped pass the STAR measure, which provides eligible homeowners with relief on their property taxes. In 1992, Mr. LaValle helped establish the Long Island High Technology Incubator at Stony Brook University and a similar business incubator in Calverton. Since their creation, he said, the incubators have contributed more than $2.5 billion to the national economy and have created jobs for more than 500 people.

A landmark of his senate career was his chairmanship of the body’s Higher Education Committee for four decades, and Mr. LaValle said he is proud of having helped grow and improve the state university system. He has been awarded the highest honors a community member can receive by SUNY Albany, the Medallion of the University, and also received Stony Brook’s University Medal. He has also been honored by the Long Island Pine Barrens Society, the North Fork Environmental Council, the Peconic Land Trust, the Nature Conservancy, and other environmental organizations.

“I am blessed to have been given your trust and the opportunity to serve in a job that I have loved for more than 40 years,” Mr. LaValle said. “In the year ahead, as I complete the remainder of my term, I will continue my efforts to accomplish the many goals important to residents and to protect and preserve the unique character of the First Senatorial District. But for now, I want to simply say thank you for allowing me to serve our community and work with you over these past four decades.”