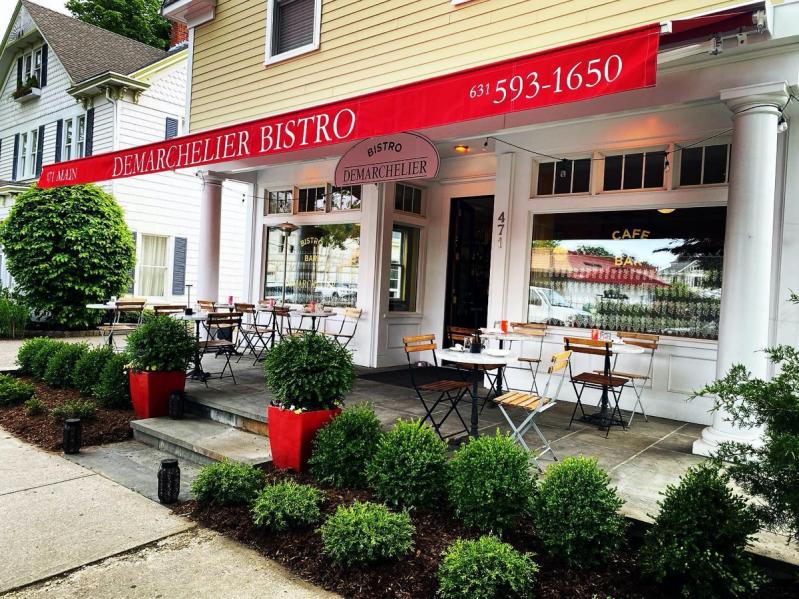 Goldberg's Expands
The restaurant site on the Bridgehampton-Sag Harbor Turnpike that was long associated with Bay Burger and most recently Ed's Lobster House has been sold to the cousins Marc Goldberg and Paul Wayne, who own the Goldberg's chain of bagel stores.

The property, which has an interior space of 1,600 square feet and sits on three-quarters of an acre with an outdoor patio, was purchased for $3.3 million. Renovated in 2018, it has a full kitchen and bar area. Hal Zwick and Jeff Sztorc of Compass's Hamptons Commercial Real Estate Team announced the sale.

The new owners said they will use the site to expand their bagel empire with a Goldberg's Famous Bagels and Restaurant with additions to their usual menus "and a restaurant aspect," according to a spokesperson.

Mr. Zwick said, "We look forward to the well-known local group returning the site to a gathering place for year-round and seasonal visitors for years to come."

Dinner and a Show
Greenport's Demarchelier Bistro will incorporate art into its Parisian design this summer with a show of work by the painter Eric Demarchelier and his brother, the late photographer Patrick Demarchelier. The artists are the father and uncle, respectively, of the restaurant's owner, Emily Demarchelier.

Mr. Demarchelier's paintings have long been a part of the decor, but this time his painted images will be placed side by side with the photographs by his brother that inspired them.

The restaurant, which is open seven days, also has a happy hour with $8 glasses of rose and pastis in addition to specials on a tapas menu from 4 to 6 p.m. It is on Main Street and can be reached by phone at 631-593-1650.

Every Cookie Has Its Day
National Chocolate Chip Cookie Day is Thursday and for those who celebrate, Tate's Bake Shop has one sweet deal. The Southampton bakery is offering free cookies in bags of two to share and 20 percent off on its website with the code COOKIEDAY. The store, on North Sea Road, is open until 4 p.m. Thursday to pick up the free treats.

Pizza, Mozzarella, and Thou
Guild Hall's series of food-focused talks, "Stirring the Pot," led by Florence Fabricant, a New York Times food writer, returns this month. On the road this year, the series kicks off on Sunday morning at 11 with a visit to Roberta's restaurant in Montauk where the pizza-centric menu has been transported from its home base in Bushwick, Brooklyn.

The event will feature a talk with Brandon Hoy, a co-owner, and a demonstration of mozzarella making by one of the restaurant's chefs. A family-style pizza-tasting lunch will follow, including wine or beer. We hear a swag bag will also be part of the festivities. Tickets start at $160, or $144 for members.