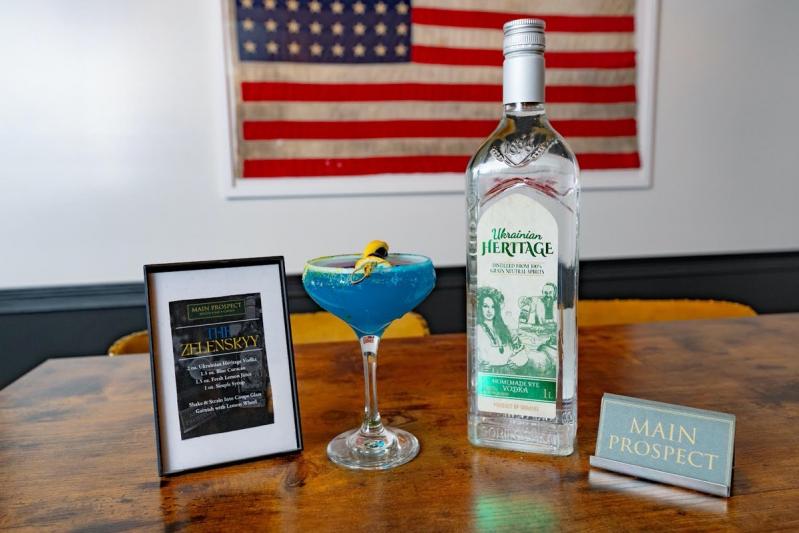 Without getting into intricate mixology, Main Prospect, the American restaurant in Southampton that occupies the former John Duck space, has come up with an appealing cocktail to support Ukrainian refugees. Do try it at home.

Combine two ounces of vodka, preferably Ukrainian, with an ounce and a half of blue Curacao, an ounce and a half of lemon juice, and an ounce of simple syrup. You can adjust the syrup to tinker with the sweetness. Shake and strain into a cocktail glass and garnish with strips of lemon peel and blueberries, Ukraine's colors, alternating on a skewer.

The restaurant, open Thursdays through Sundays, is also serving Ukrainian dishes like borscht, pierogis, potato pancakes with caviar, and chicken Kiev, with the profits on all these items donated to Jose Andres's World Central Kitchen feeding Ukrainian refugees.

Florence Fabricant is a food and wine writer for The New York Times. She is also the author of 12 cookbooks and has multiple recipes that appear on The Times's NYT Cooking website and app. She had her first food column in The Star in the 1970s.