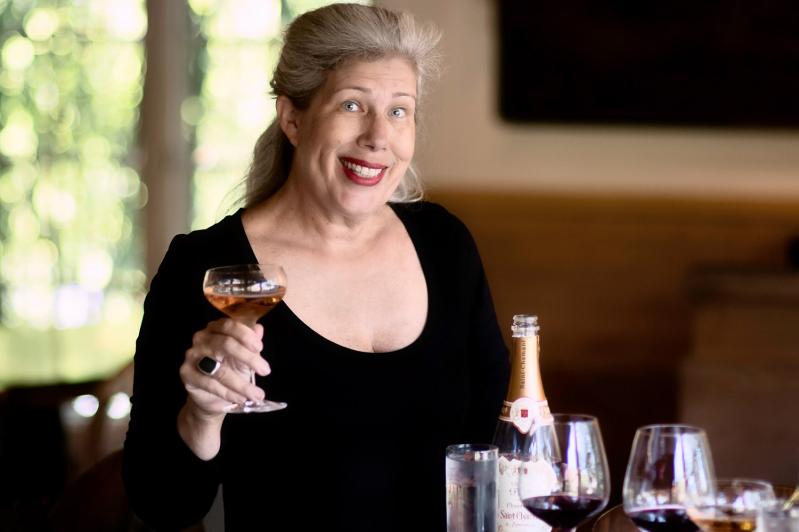 Chimene Macnaughton has been named beverage director of Honest Man Hospitality Group, which puts her in charge of the wine, cocktail, and beer selections of restaurants such as Nick and Toni's and Rowdy Hall.
Craig Macnaughton
By Jennifer Landes

Open and Shut Cases
Amagansett's La Fondita will reopen tomorrow after a holiday break. Elaia Estiatorio in Bridgehampton reopened yesterday after its break.

Bridgehampton Inn and Restaurant is closed for January as is Wainscott's Breadzilla.

In Montauk, Sammy's is now closed for the season. Harvest on Fort Pond will be closed from Jan. 18 to Feb. 9. Inlet Seafood will reopen on Feb. 17.

Ms. Macnaughton opened Wainscott Main Wine and Spirits seven years ago, and became known in the community for her tastings and appreciation classes. She stepped away in 2020 during Covid and began discussions with Christy Cober, the director of operations at Honest Man. This eventually led to her official hire on Dec. 1.

Reached on Monday, Ms. Macnaughton said she was thrilled to be part of Nick and Toni's 33-year-old wine program in East Hampton as well as the craft cocktail traditions established at all of the properties from Amagansett to Sagaponack.

She said well before she took her position that Sagaponack's Townline BBQ was her hangout, primarily because of the bar. "It's a fully fledged bar, like all of the restaurants' bars, with fresh juices, invented cocktails, really great spirits, and a beautiful back bar."

Some of her plans include building on Coche's agave-based spirits program in Amagansett to become a New York State leader in that area. She aims to do the same for Townline's whiskey offerings and to bring a new emphasis on wine to Rowdy Hall's already established craft beer and cocktail focus in East Hampton. "We want to lift it up, not into a hipster vibe, but a little more into a gastro kind of vibe."

Patrons at Coche and Rowdy will notice new glassware. "We're getting out of the chunky Libby-kind of stems that look like they're from 1978."

Getting through the latest Covid surge and the staffing challenges is a primary focus of the restaurants right now. She said it would be great if New York State would consider allowing to-go cocktails and wine again, but in the meantime the restaurants all remain open for business.

Other things are changing because of Covid. "You look at a blue chip or a flagship -- as Nick and Toni's is -- wine program very differently in this post-Covid age. I want everything to be super friendly, super delicious." People are spending and drinking differently, she noted. "We're all thinking differently, and I want all of our menus to reflect that."