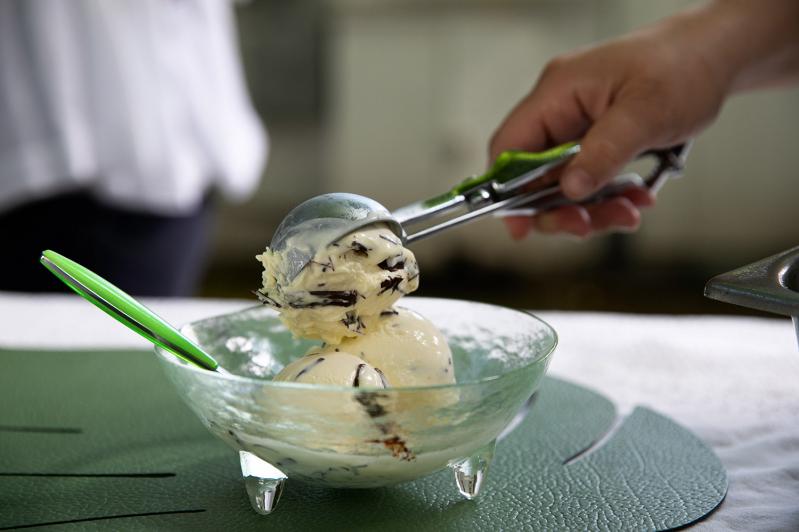 Tutto Open
Tutto Caffe in East Hampton opened on Nov. 28 in the space once occupied by Juice Press in the Reutershan parking lot. The dining spot is part of the Tutto il Giorno family of restaurants in Sag Harbor and Southampton. The mini-chain is owned by Gianpaolo de Felice and David Mayer, and their wives, Gabby Karan de Felice and Gally Meyer, and began in Sag Harbor in 2007.

The cafe's menu is not online yet, but will likely be similar to the menus in the other restaurants, which are not identical but have similar pastas, salads, and entrees based on fresh seasonal ingredients, with high-end pricing.

1770 Home Feast
The 1770 House will offer its chef Michael Rozzi's "feast to go" again this year to take home for the holidays. The restaurant has a choice of one roast, trimmed and tied for the oven, with three fully cooked sides and dessert for $500. The meal feeds up to six people and can include either a pastured Oregon beef tenderloin, a Berkshire pork standing rib roast, or a boneless leg of free-range Australian lamb.

The sides are a root vegetable gratin with potatoes, sweet potatoes, caramelized onions, and Gruyere cheese, creamed spinach, and roasted brussels sprouts. Desserts are a local apple crostata with vanilla gelato or tiramisu. The restaurant has a couple of supplements to start, such as poached shrimp with cocktail sauce for $35 per dozen and a quart of lobster bisque for $40.

Highway's takeout option is a $450 family-style meal for four people on the same dates featuring dim sum of spicy tuna tartar, Korean chicken buns, and pork and cabbage dumplings; starters of kale salad and papaya and crab; mains of crab fried rice, chicken and cashews, and roasted Peking duck for a $120 supplement, and an apple crumble for dessert.

For those who prefer a private at-home dining option, Highway will work on a menu with clients. More information and preordering are available on the restaurant's website.

The Gift of Wine
Park Place Wines and Liquors in East Hampton Village has developed a recommended gift list, selected by the store's specialists and sommeliers and available for purchase in the store or online.

Champagnes, white and red wines, along with unusual spirits, dessert wines and aperitifs, rare bottles, and new recommendations are offered in a wide range of price points to suit most budgets. There are also accessory ideas and other fun and unexpected options. The recommendations can be found on the store website.

Wolffer Estate Vineyard in Sagaponack also has gift boxes and special sets along with an option to give a wine club gift available through its website. The winery is also hosting a winter wonderland on its grounds with ice skating and other special features on weekends through December. Tickets are $30 and include skate rentals and hot chocolate for kids and a glass of wine for adults; they are available on the website.

Peppermint Twist
Loaves and Fishes in Sagaponack has chosen peppermint stracciatella to feature as its December ice cream. The recipe is also in the store's December cookbook that uses recipes inspired by Goodale Farm, in this case, fresh mint.

The store is also offering its Christmas menu, which will be available the week leading up to Christmas and includes roast goose, lamb chops, and buche de Noel. The full menu is on the store's website and can be ordered at the store by phone or email.

Brew News
The Springs Brewery will be at the Hayground Homegrown for the Holidays fair in Bridgehampton on Saturday from 10 a.m. to 3 p.m. with a new batch of Green River Double I.P.A. as well as its other beer styles and gift cards for the holidays. The food and craft bazaar at the Hayground School will feature other East End food purveyors such as Springs Fireplace's hot sauce and salsas as well as gifts by artists and artisans.