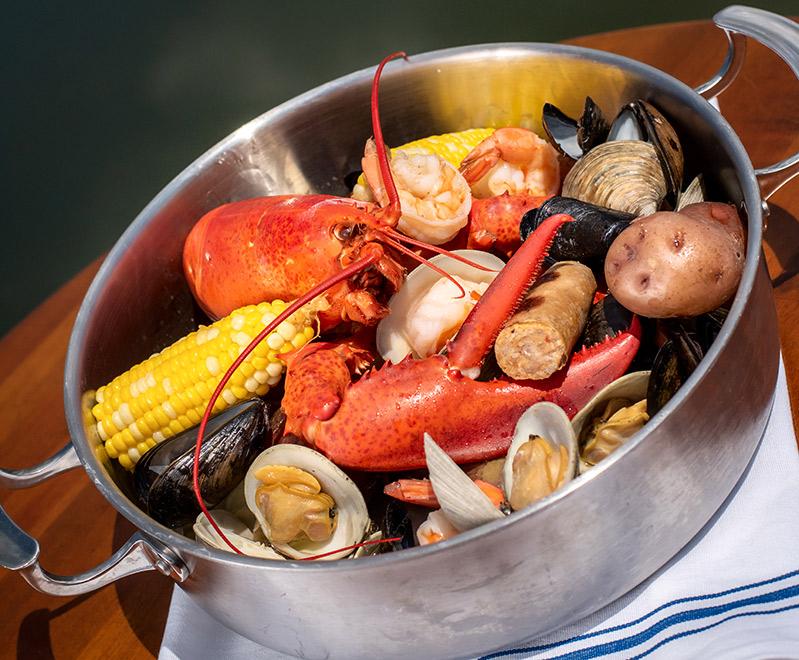 Openings
Word on the street, but not independently confirmed, is that Tutto Caffe and Sant'Ambroeus, two spaces in East Hampton that could not pull it together to open during the high season, are finally about to make their debuts. Sant'Ambroeus will take over the space once occupied by Babette's and Tutto is in the old Juice Press location facing the Reutershan parking lot. Tutto should open by this weekend.

Splat at Home
Manna at Lobster Inn in Southampton has a Splat lobster dinner for home prep this weekend for a pre-holiday meal or a new tradition for the big day. Included are ingredients such as lobster, mussels, clams, shrimp, chorizo, corn, and potatoes. The complete dinner, which serves two, is $65 and comes with detailed instructions and a video link.

Orders must be received by Tuesday for pickup on Wednesday beginning at noon. They can be made online or by calling 631-728-5555. The restaurant will close for a winter break beginning Nov. 28.

Snacks for the Game
In addition to its southern-accented Thanksgiving Day offerings, mentioned in a previous issue,  Townline BBQ has everyone covered for their game day needs, whether it's Thanksgiving proper or the entire weekend.

They include bags of wings, "nuggs," or homemade potato chips. Wings come 50 to a bag and can be had in flavors such as Townline original, "ain't no tang, sweet n' sassy, dry bones, South Fork, and naked." The Bag O' Nuggs serves 10 and consists of crispy smoked pork rib tips with Carolina white sauce and the same choice of flavors as the wings. The chips have a salt pepper garlic rub and come with Alabama white dip in 10 servings.