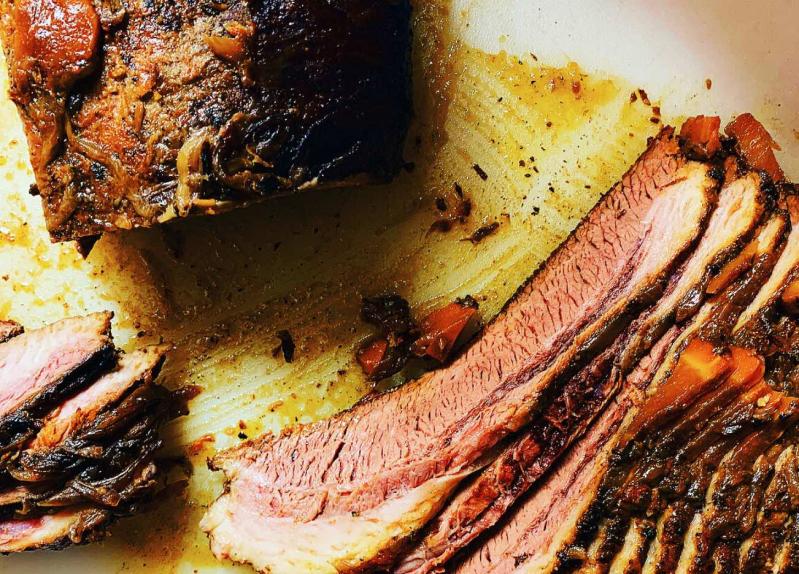 New in Sag Harbor
Lil' Birdie, a takeout-only chicken-centric restaurant has opened at 51 Division Street in Sag Harbor. It is open Wednesday to Sunday from 11 a.m. to 3 p.m., and from 4 p.m. to 9 p.m. The menu features fried or grilled chicken or falafel sandwiches for $12, and $4 side dishes such as fries, coleslaw, potato salad, and charred broccoli salad with pickled red onions, pumpkin seeds, and queso fresco. Sauces including barbecue, chile verde, green goddess, and hot sauce are $1 each. A $15 lunch special includes a sandwich, a side dish, and a soda.

For Rosh Hashana
L&W Market in Bridgehampton has a special takeout menu for Rosh Hashana. The appetizers include matzoh ball soup for two to three for $18, chopped liver, and smoked bluefish spread with yogurt and dill, each of which is $15 for a half-pint. The entrees include a whole roasted chicken with gravy for two to three for $39, Sephardic-style braised duck with parsnips, apricots, and cinnamon for two to four for $69, and either a small red wine braised brisket (for two to four) for $69, or a large one (for six to eight) for $119. The side dishes include noodle kugel for six to eight for $75, roasted fingerling potatoes for two to four for $18, and sauteed greens for two to four for $18. The full menu is on the market's website. Orders can be placed online, and must be in by Friday, Sept. 3. Pickup is on Sept. 6 or 7 between 2 and 4 p.m. at Almond, the sister restaurant next door.